Saint Côme du Mont road. Highlights of the Normandy celebrations, the parachute drops, either from vintage aircrafts or heavy transport planes, attract large audiences on the Carentan and Sainte Mère drop zones. They are truely a symbol of the fighting in the american sector of the invasion.

The US Army traditionally jumps over the La Fière bridge, in the 82nd Airborne sector, and Carentan, thanks to the Round canopy parachuting Team, enjoys commemorative jumps from vintage C-47.  Every year, historic aircrafts, the « work horse » of the US Air Force, drop reenactors in vintage uniforms, under round canopy, over the Carentan drop zone. the jumps are described over loud speakers both in french and english, and the fans can crowd the road between saint Côme du Mont and Carentan, nick named Purple heart lane. 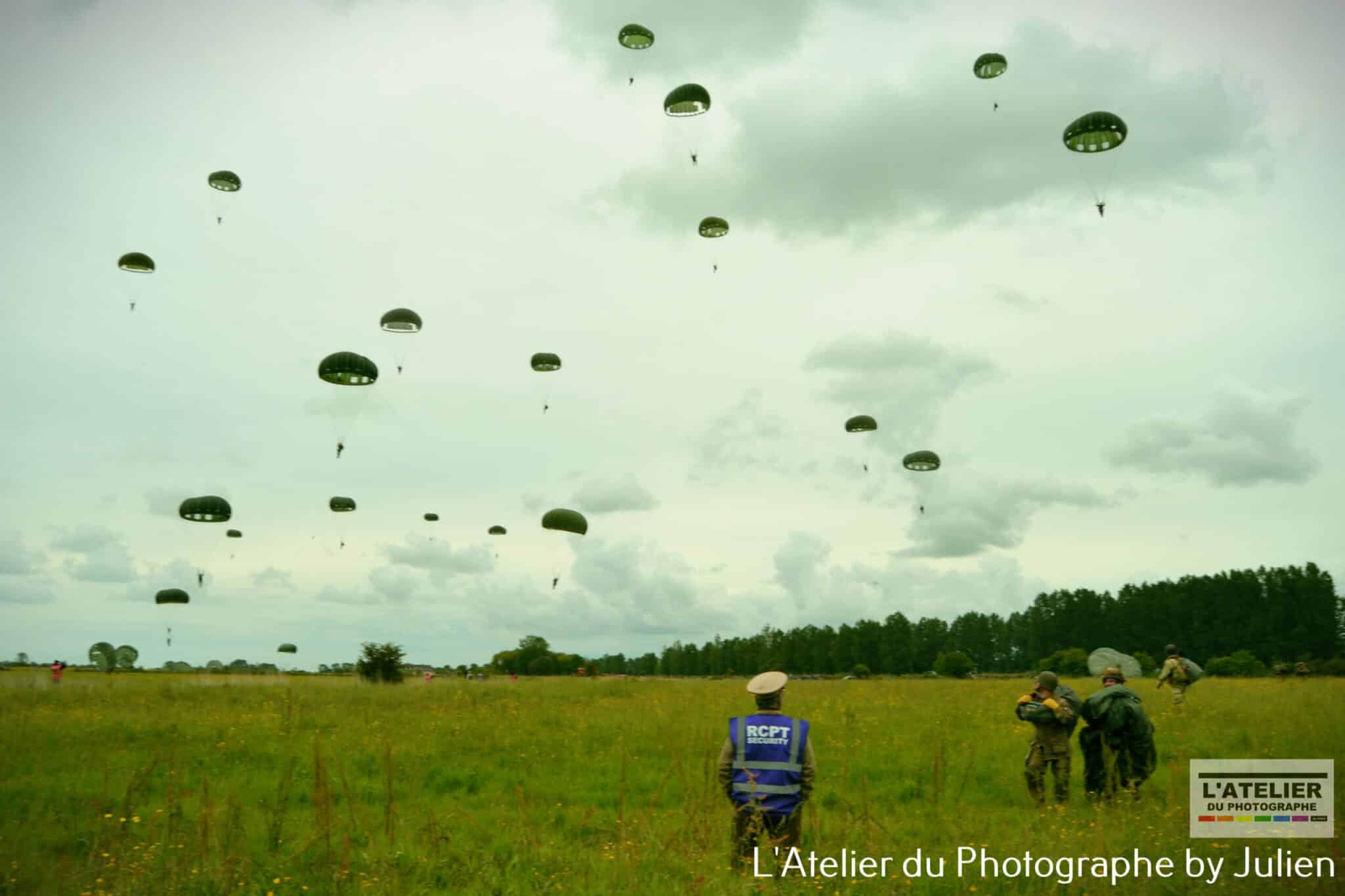 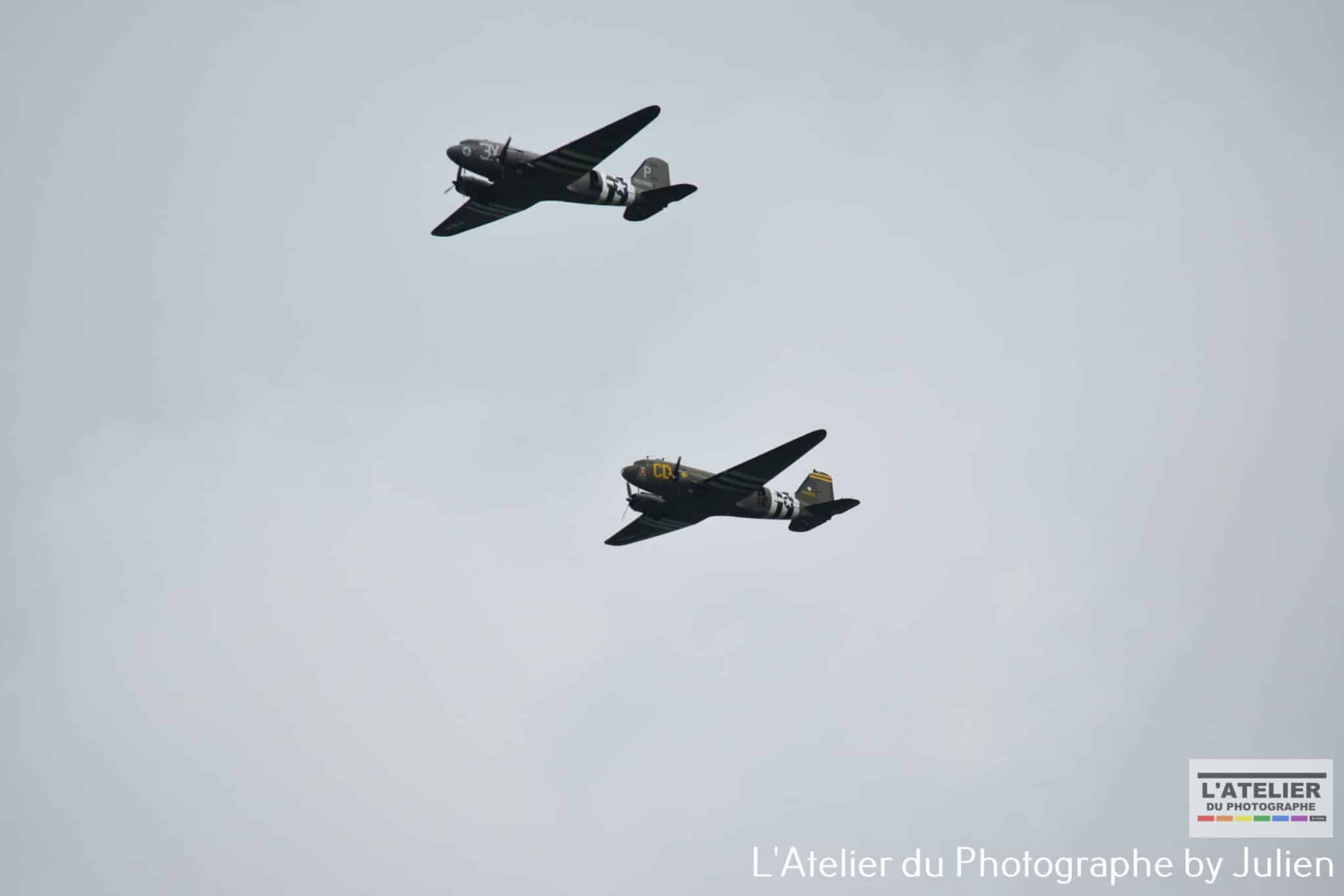 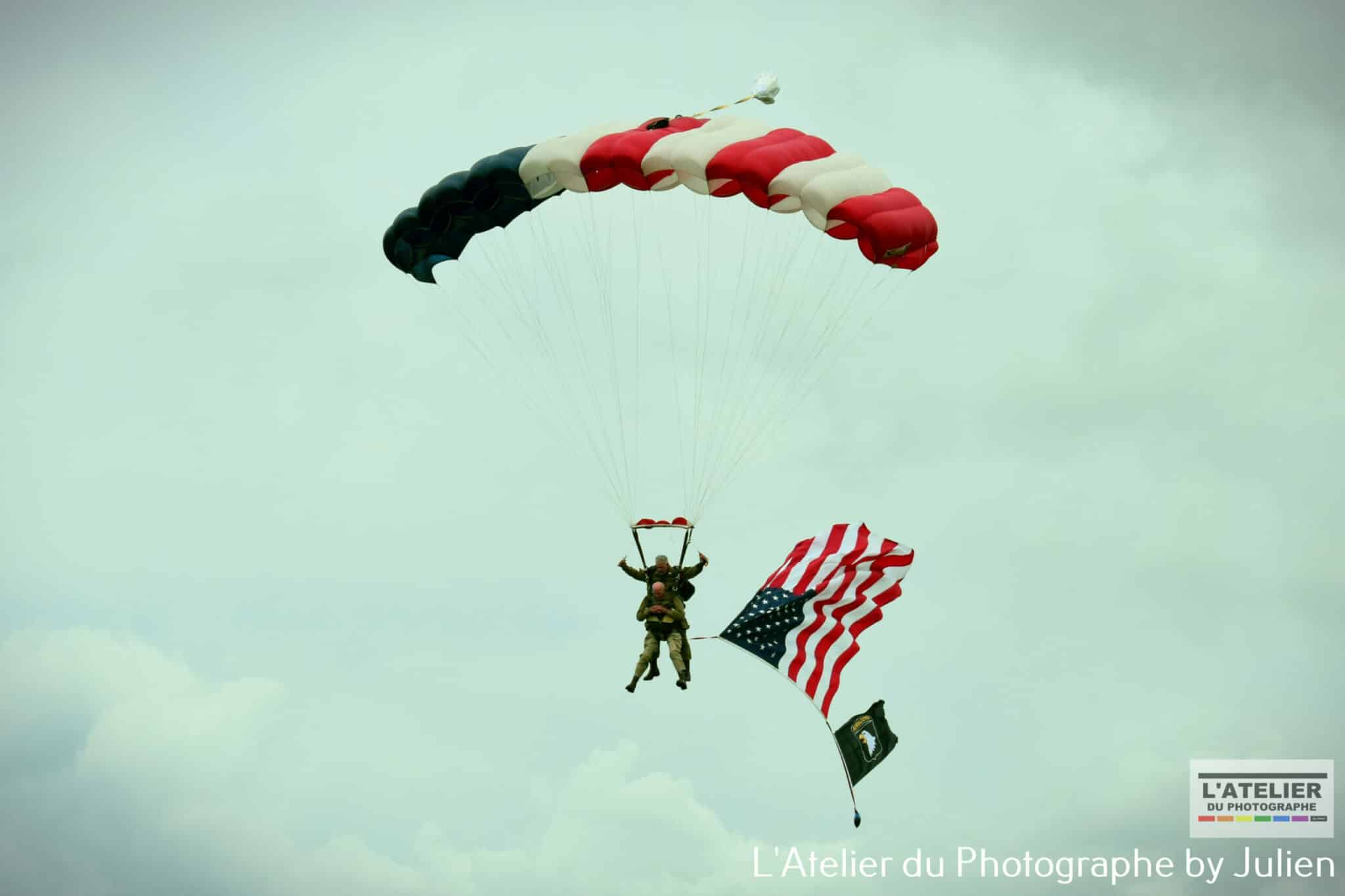 « Walk where they fought! » ; such is the motto of the commemorative march organized  by Carentan based reenactment Group « Carentan Liberty Group ». The courses of the march intend to allow the 250 reenactors from more than 12 countries to revisit or discover the detail of the battle of Carentan. The course of the march is regularly commented and animated by very lively scenes depicting a specific fight or anecdote. Civilian as well as military actions are hence reenacted. The reenactors are especially selected on a strict requirements for authenticity.

The reenactors enter Carentan and parade to the Place de la république among cheering crowd. A joyful moment attended by large crowd as well as veterans. 1940s music and dances will entertain the audience as the walkers advance towards the place de la république. The day ends with a great 1940s dance at the haut dick dance hall.

Celebrating the 101st Airborne at Cole’s Monument and on Purple Heart Lane ; the incredible exploits of the 502nd PIR paratroopers along Purple Heart Lane are celebrated at the Cole Monument, at the very place where the June 11th Baionnet charge took place. The former Highway RN 13 between Carentan and Saint Côme du Mont is now officially called Purple Heart Lane. 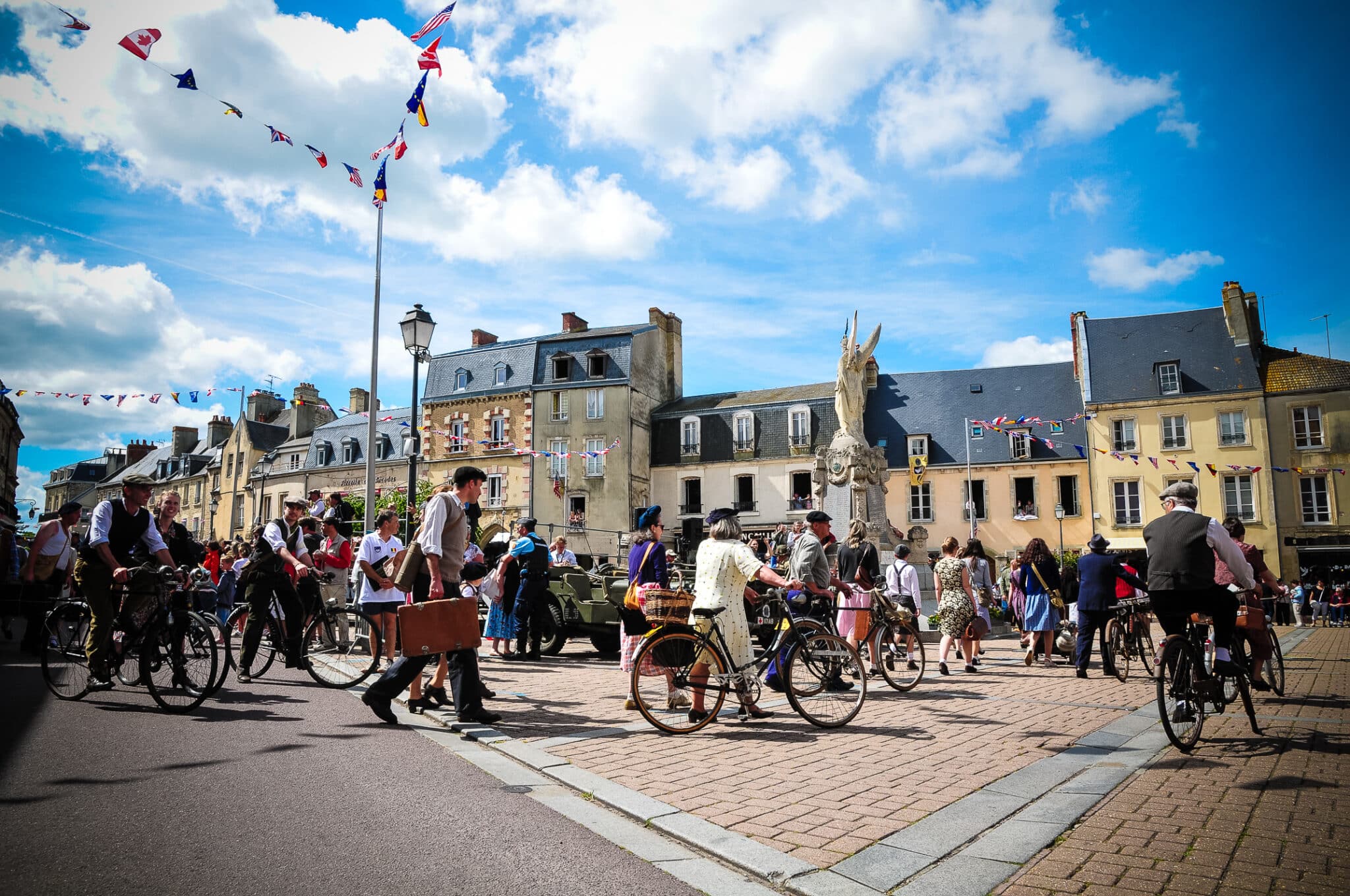 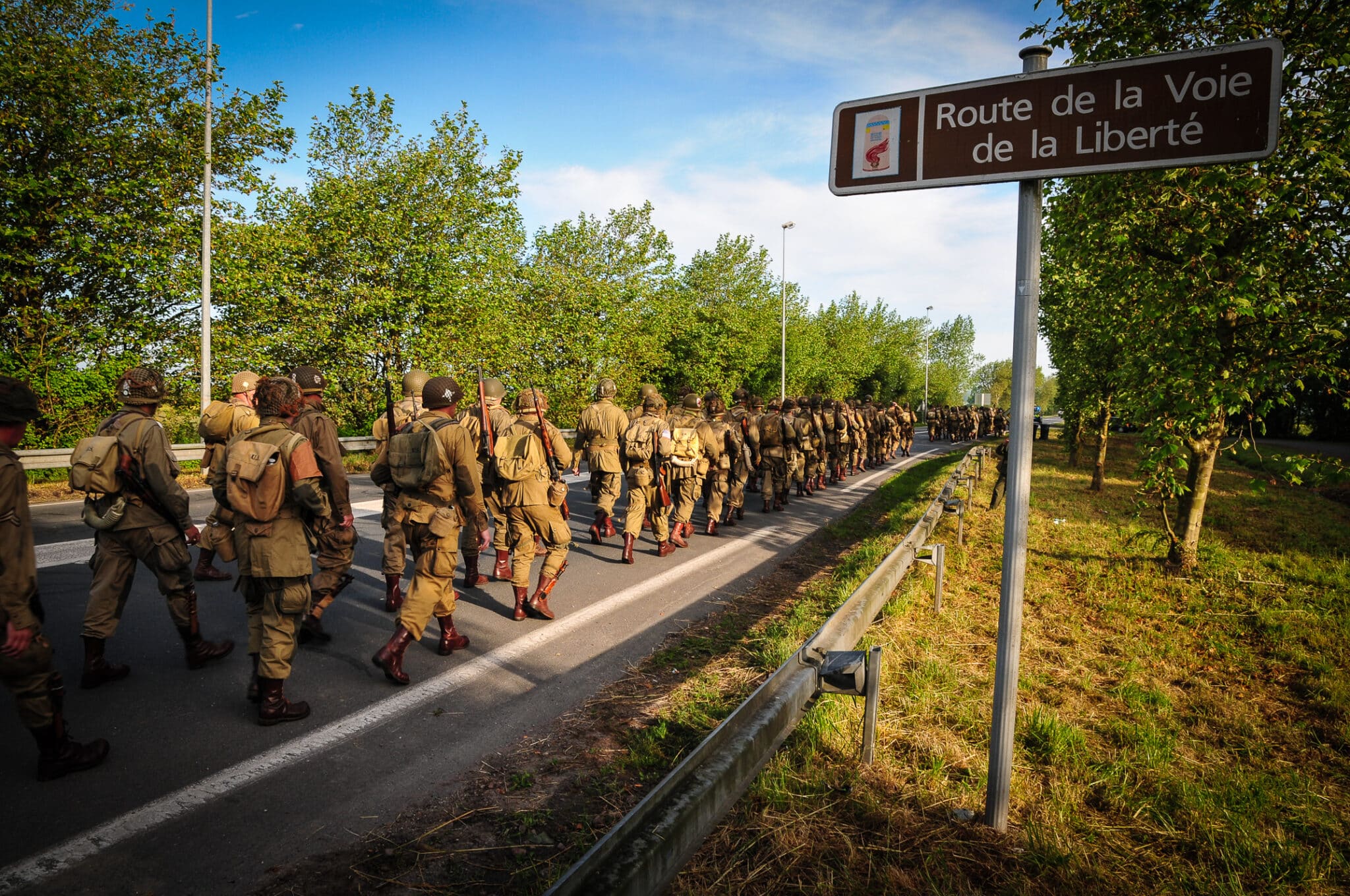 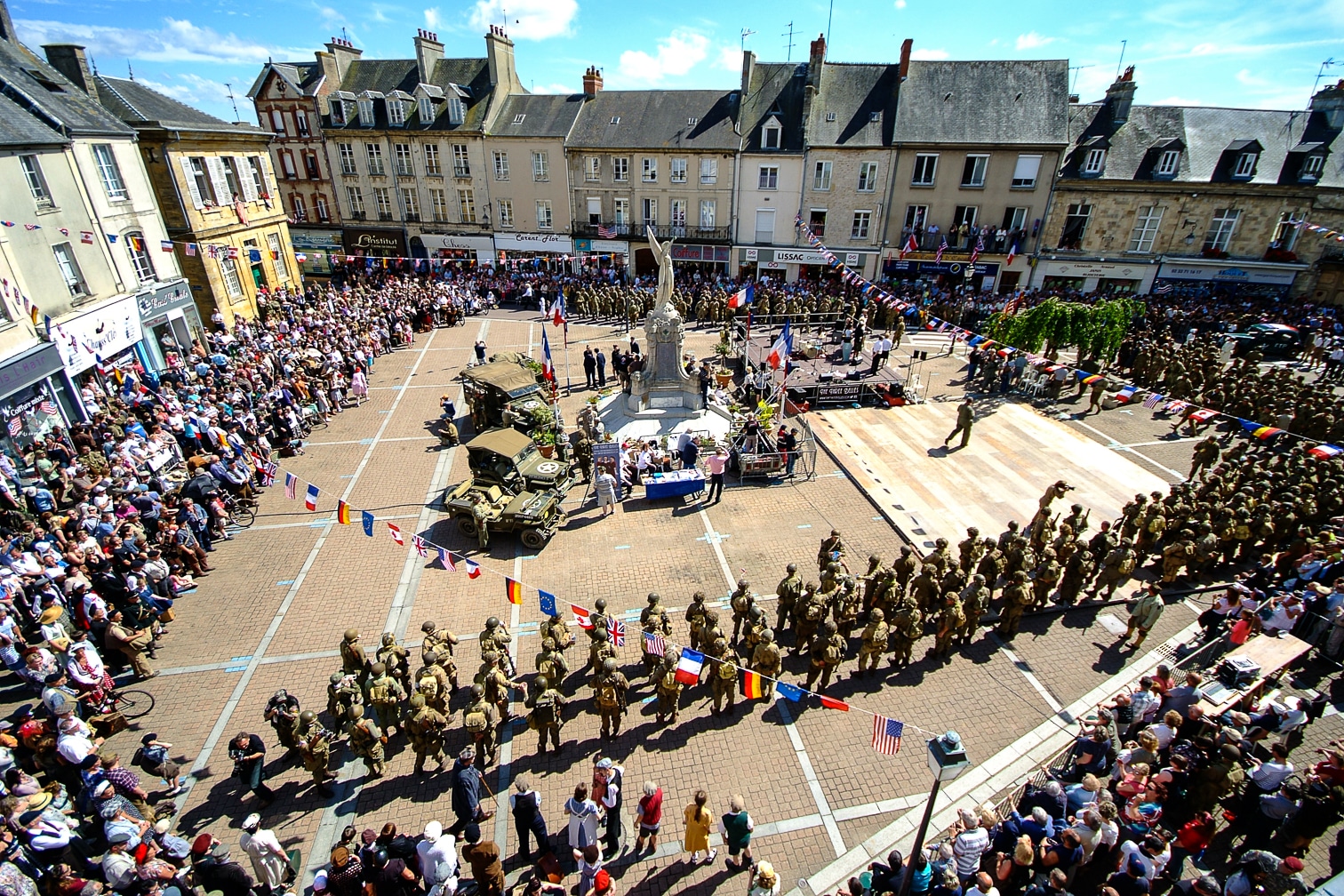 The Carentan Liberty Group, organizer of the fame Carentan Liberty March, is also in charge every year of the Liberty dance. A magical moment when men and women, civilians and military alike dressed in period suits and uniforms, dance to the live music straight from the forties. 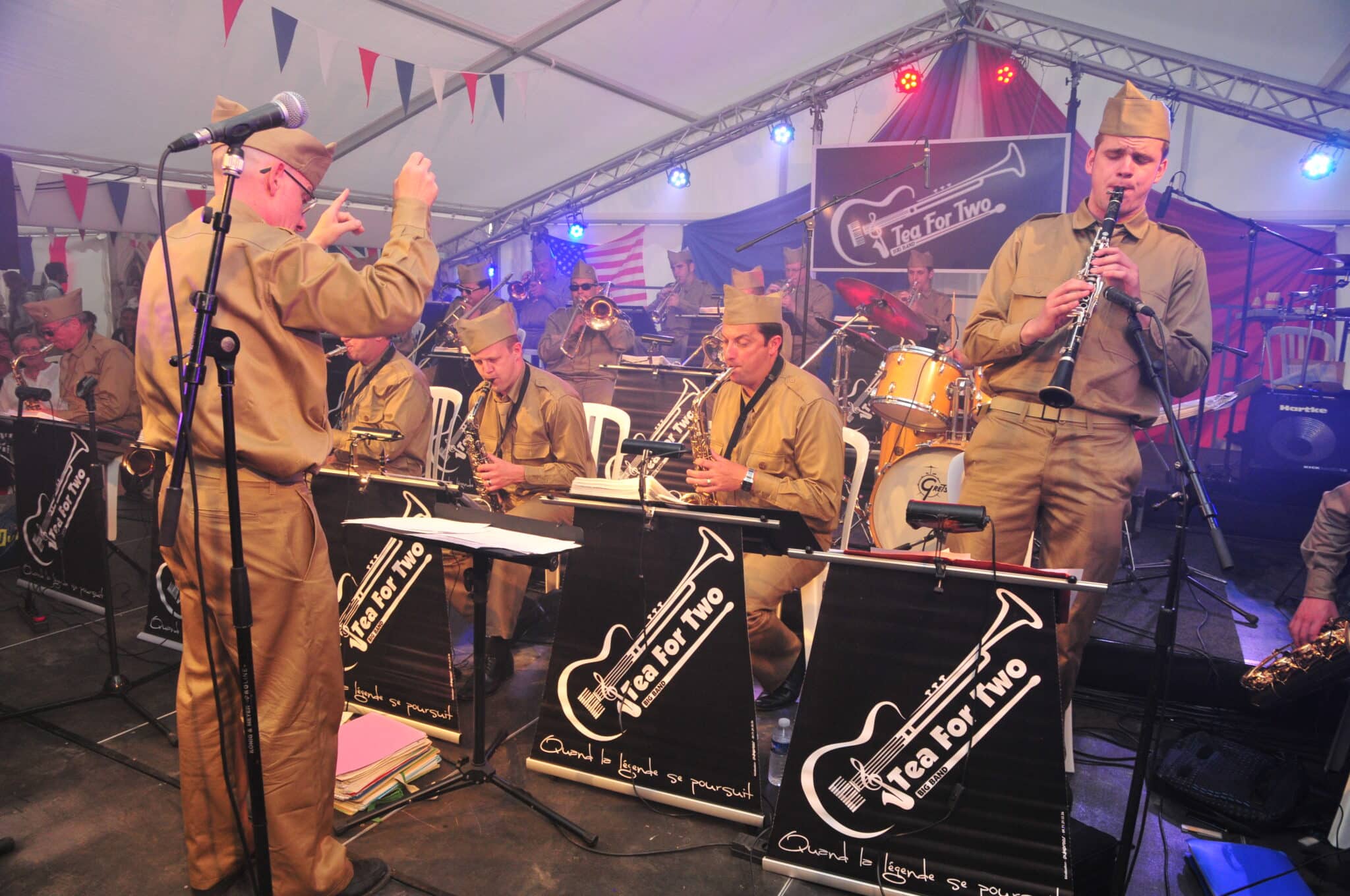 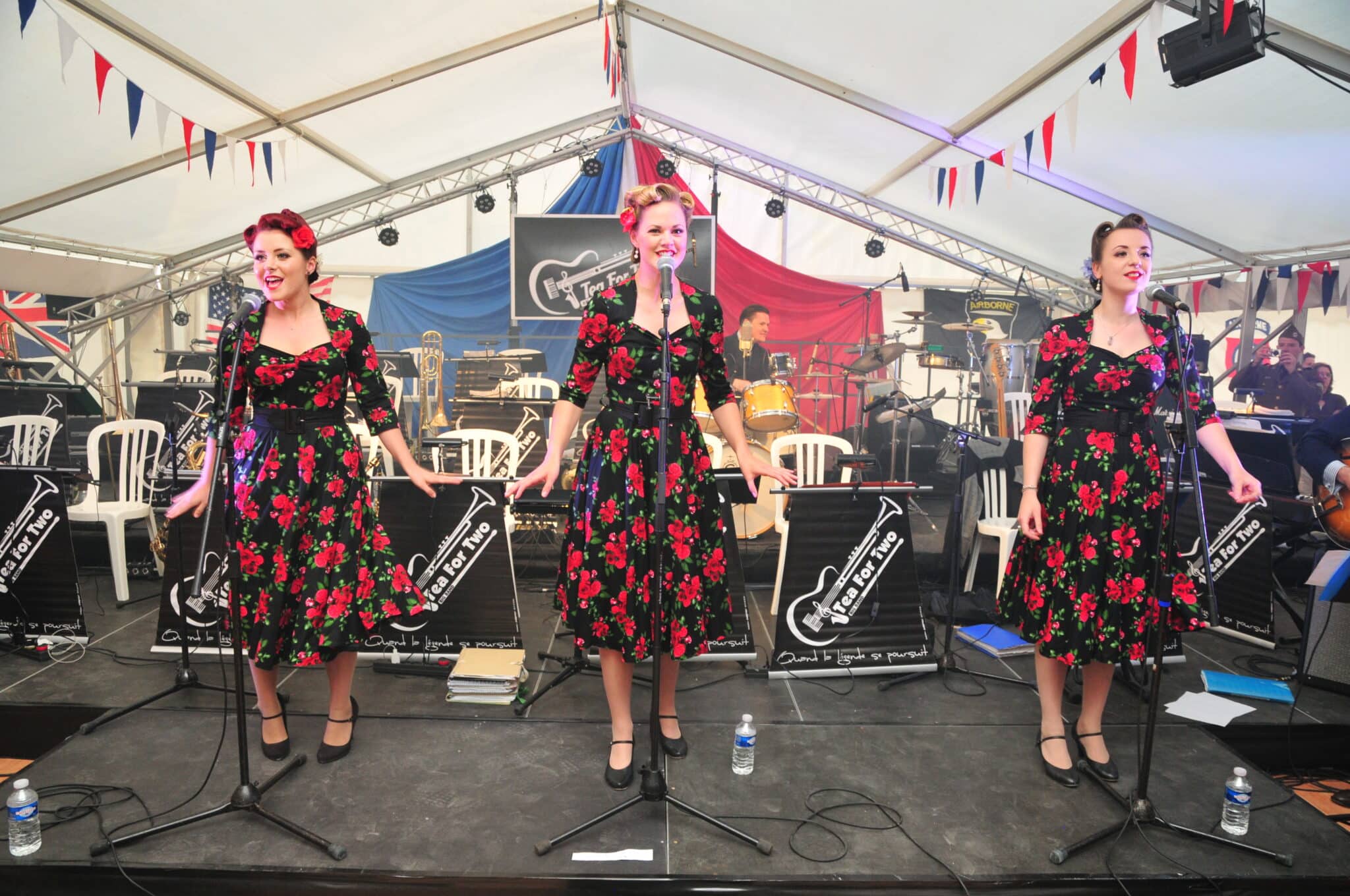 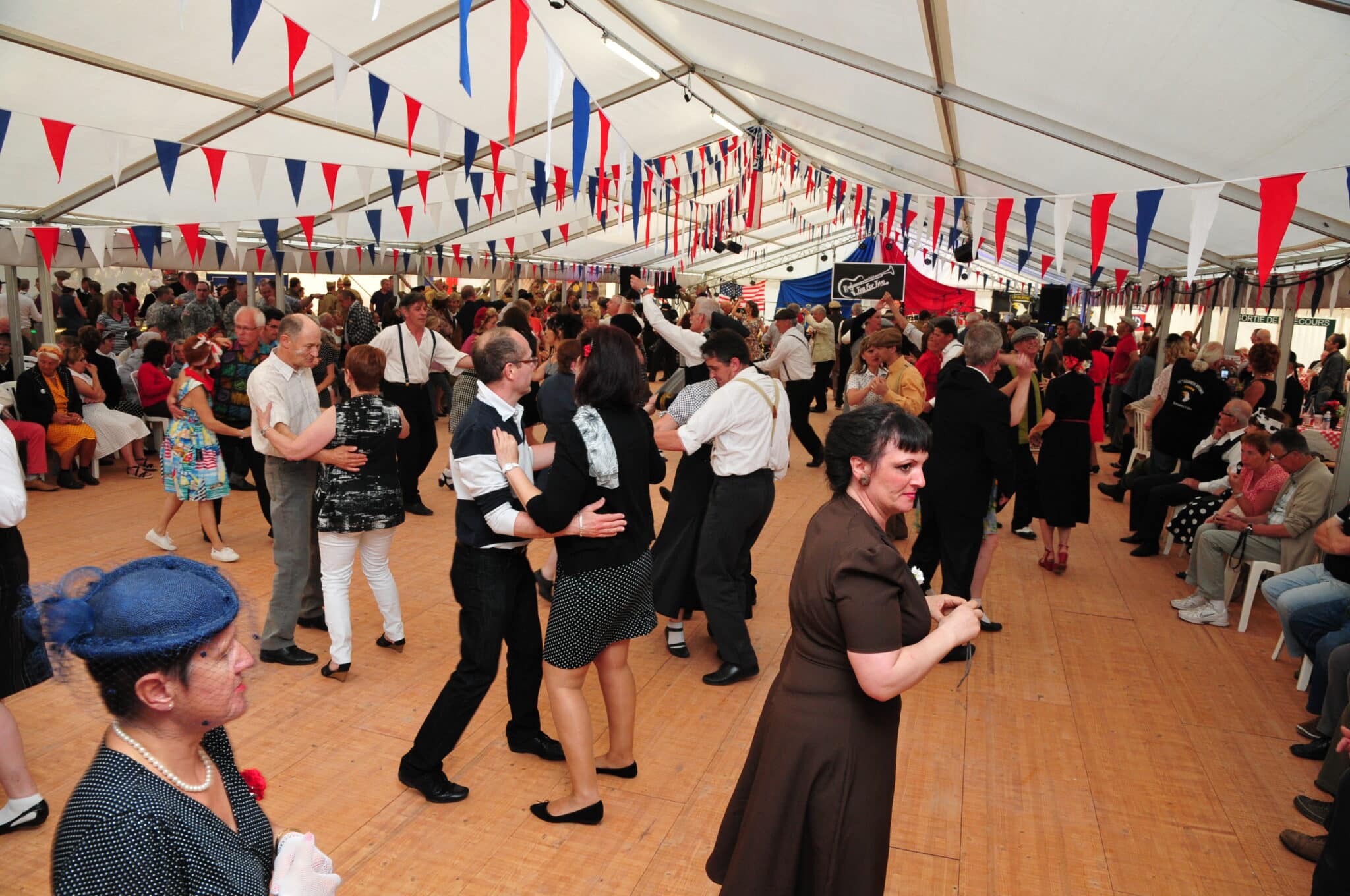 Where WWII collectors and reenactors meet. Carentan citizen Jean Marie and Sylvie Caillard, true 1940s buffs and aficionados, organise every year, camp Arizona, a US renactor’s camp, on the Carentan city limits. Over 500 collectors and reenactors, with over 200 time military vehicles are in attendance for every one to discover and admire. Many exhibitions are on display, showing such scenes as street life 1950 style, Liberation banquet, Combat posts, Medical station, Signal Cops display and the GIs every day life. Civilian life will also be on display, with a French Red Cross post, and every day’s life sceneries. Free entrance. Food and drinks on site. 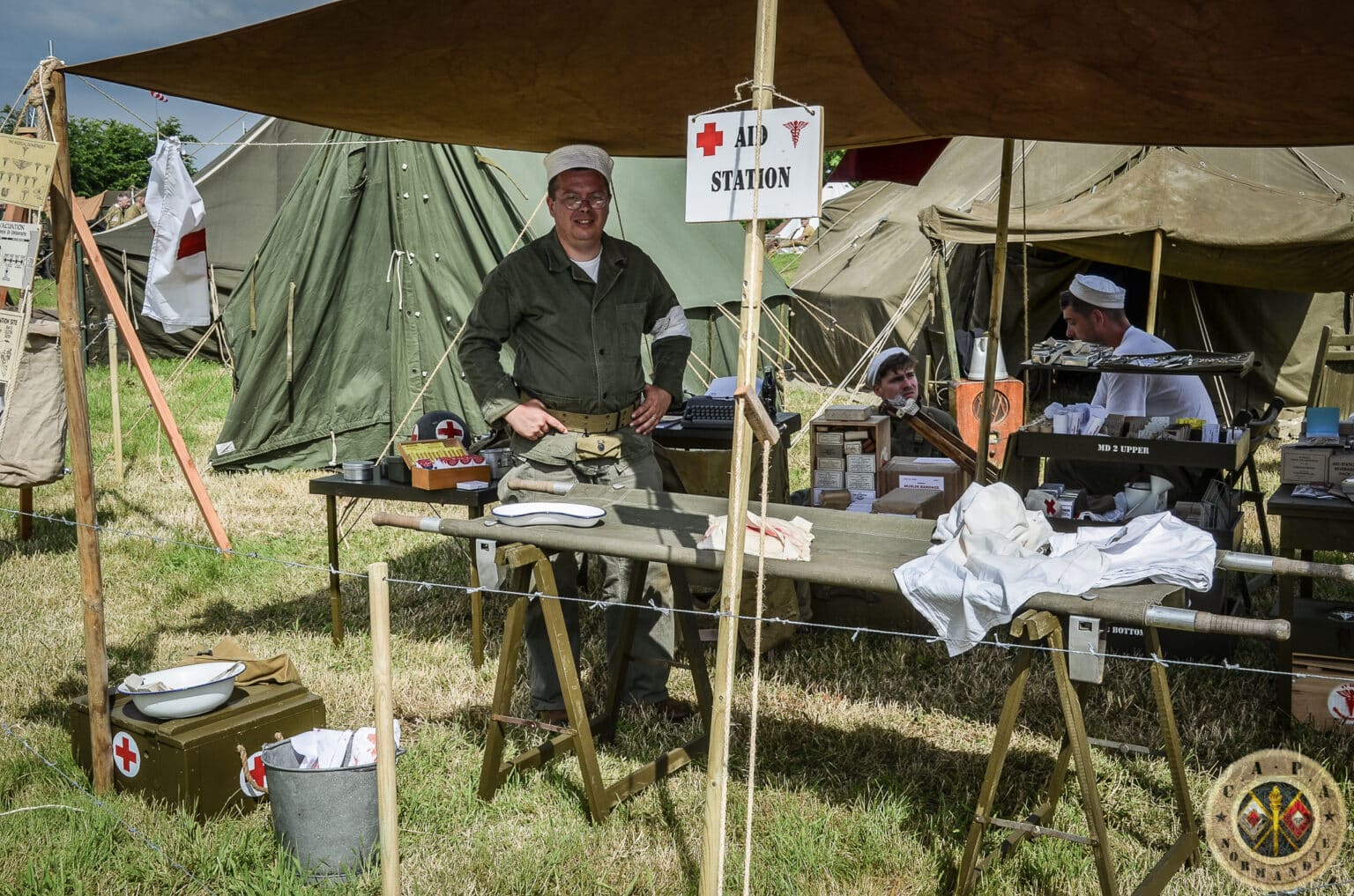 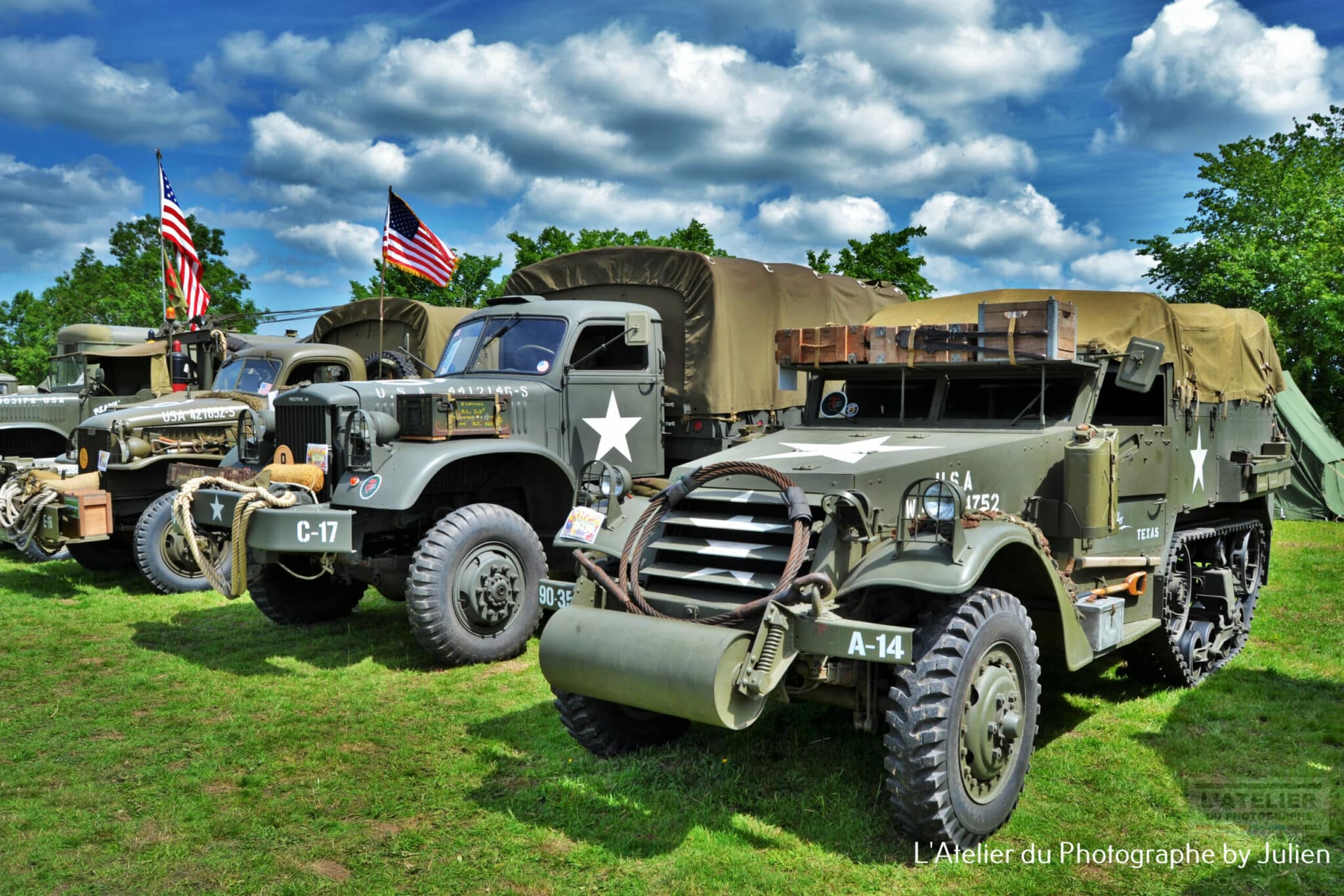 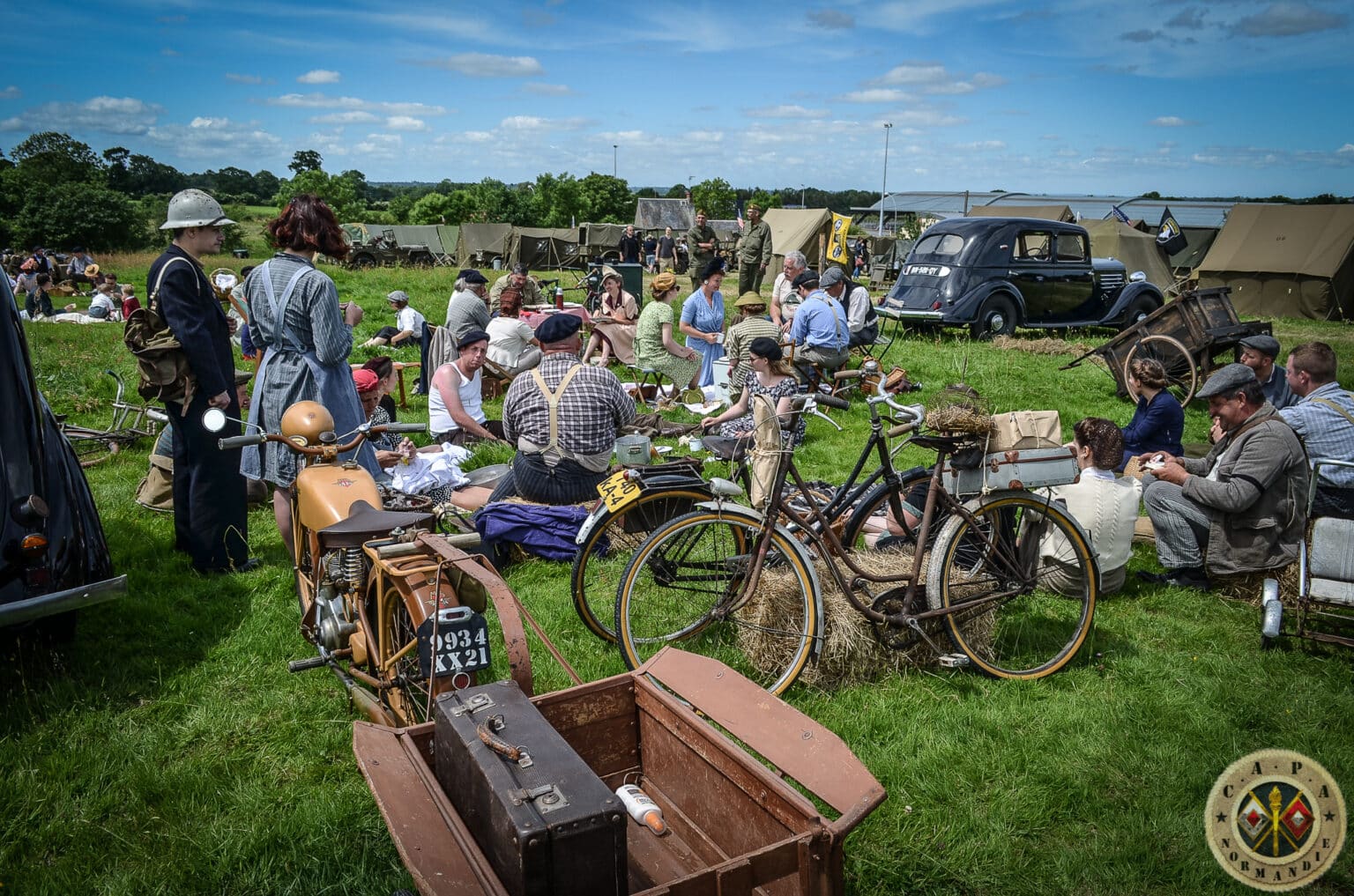 A huge parade including 200 vehicles, Jeeps, half tracks, trucks and even trucks depart from the camp and parade downtown. 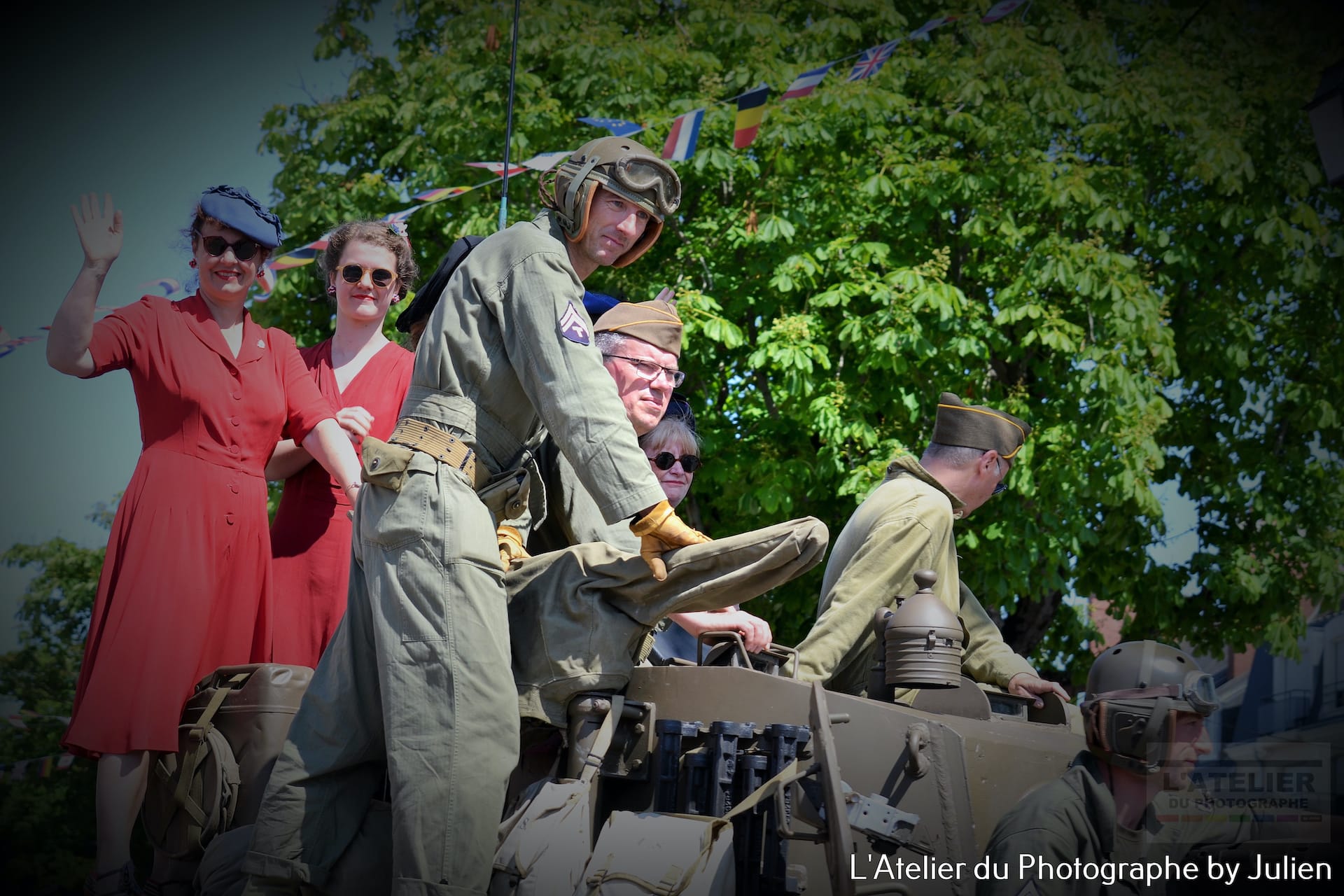 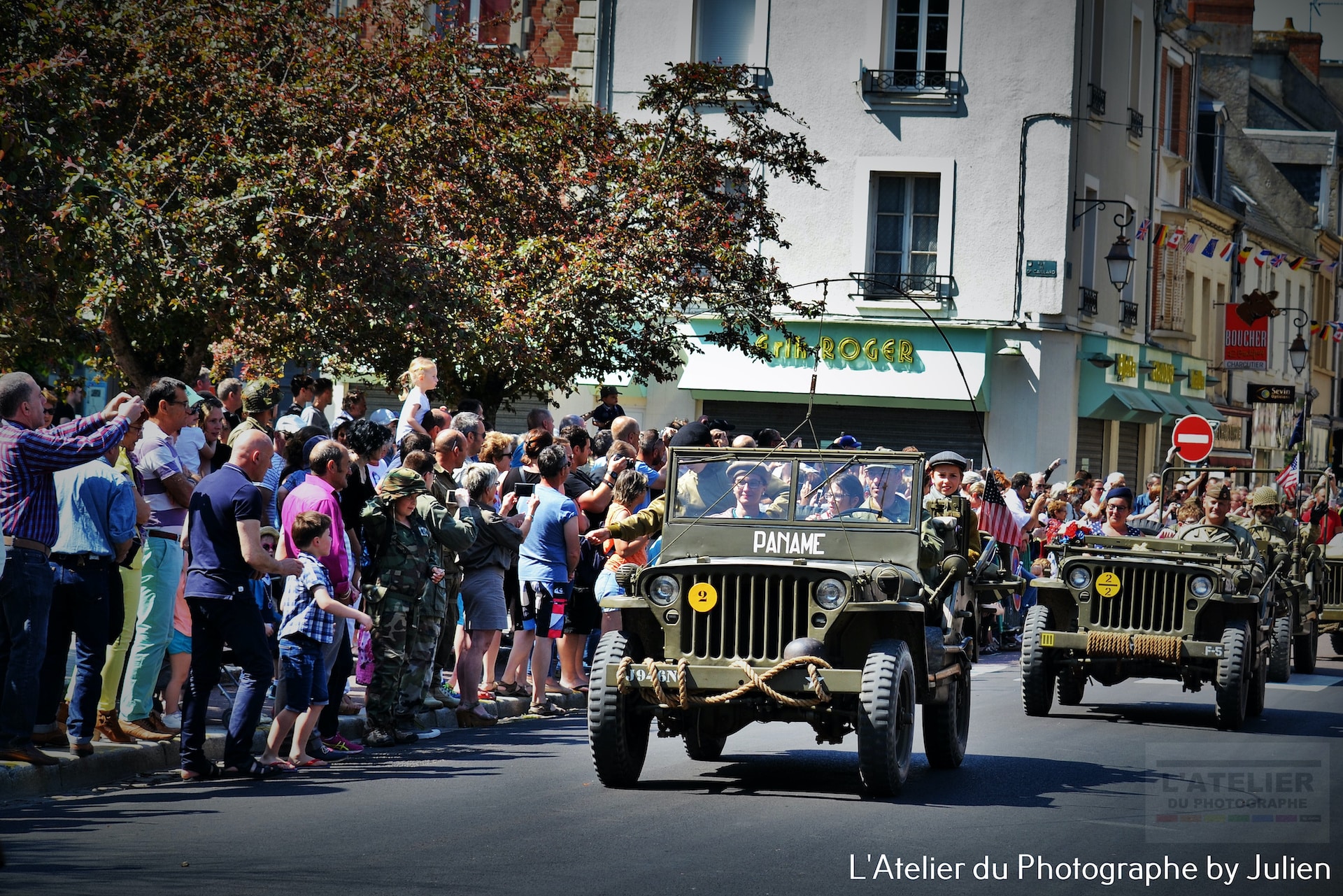 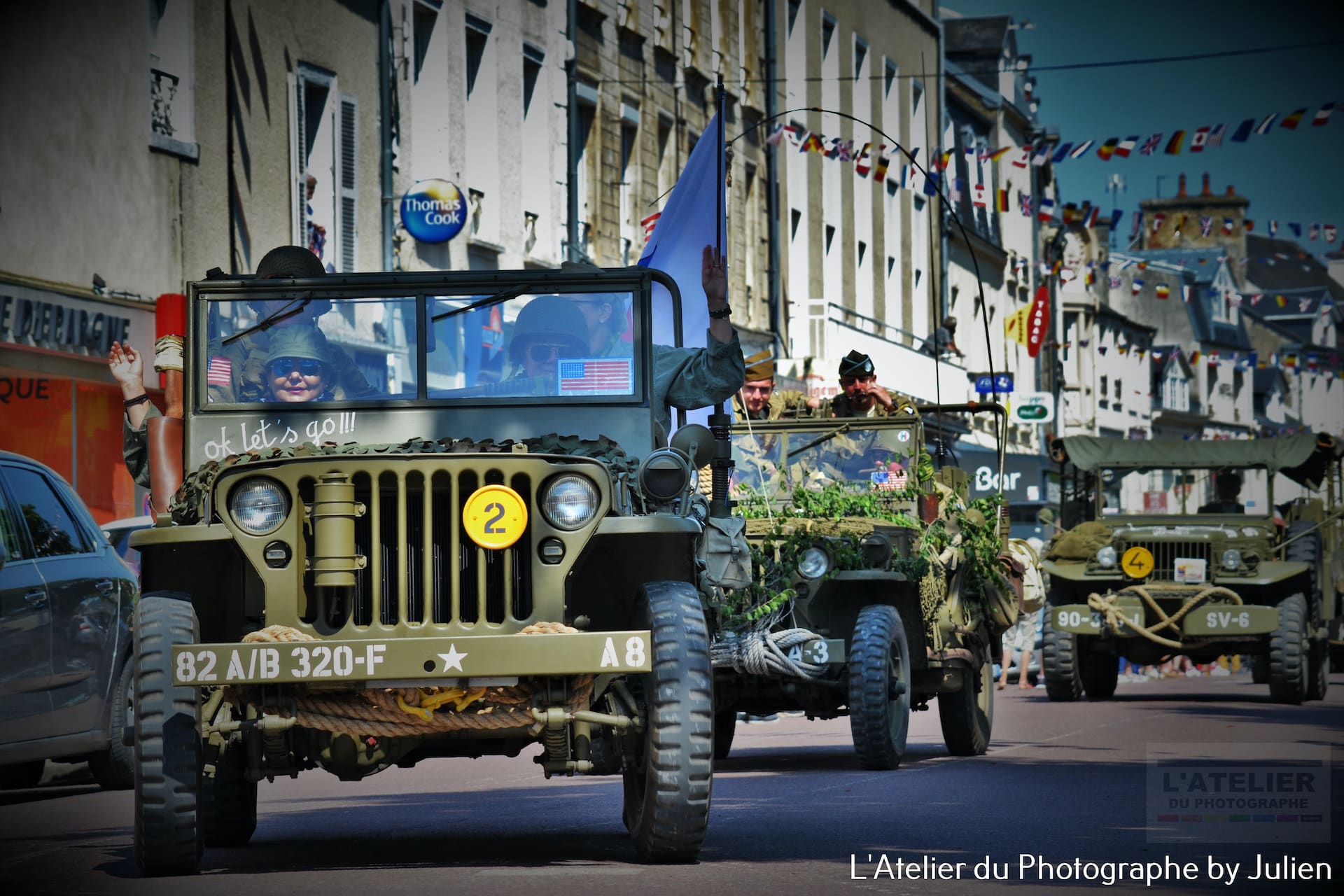 The Association « Retour des vétérans en Normandie » was created in april 2012 by Valérie Cardin, of Portail, Normandy. It is dedicated to supporting the retiré of US veterans in France. Over 30 of these old warriors have been able to return since 2012. The association organises the trip back for veterans and relatives, paying for transportations, housing and board. Veterans are welcome as guest of honor to all the ceremonies and celebrations. 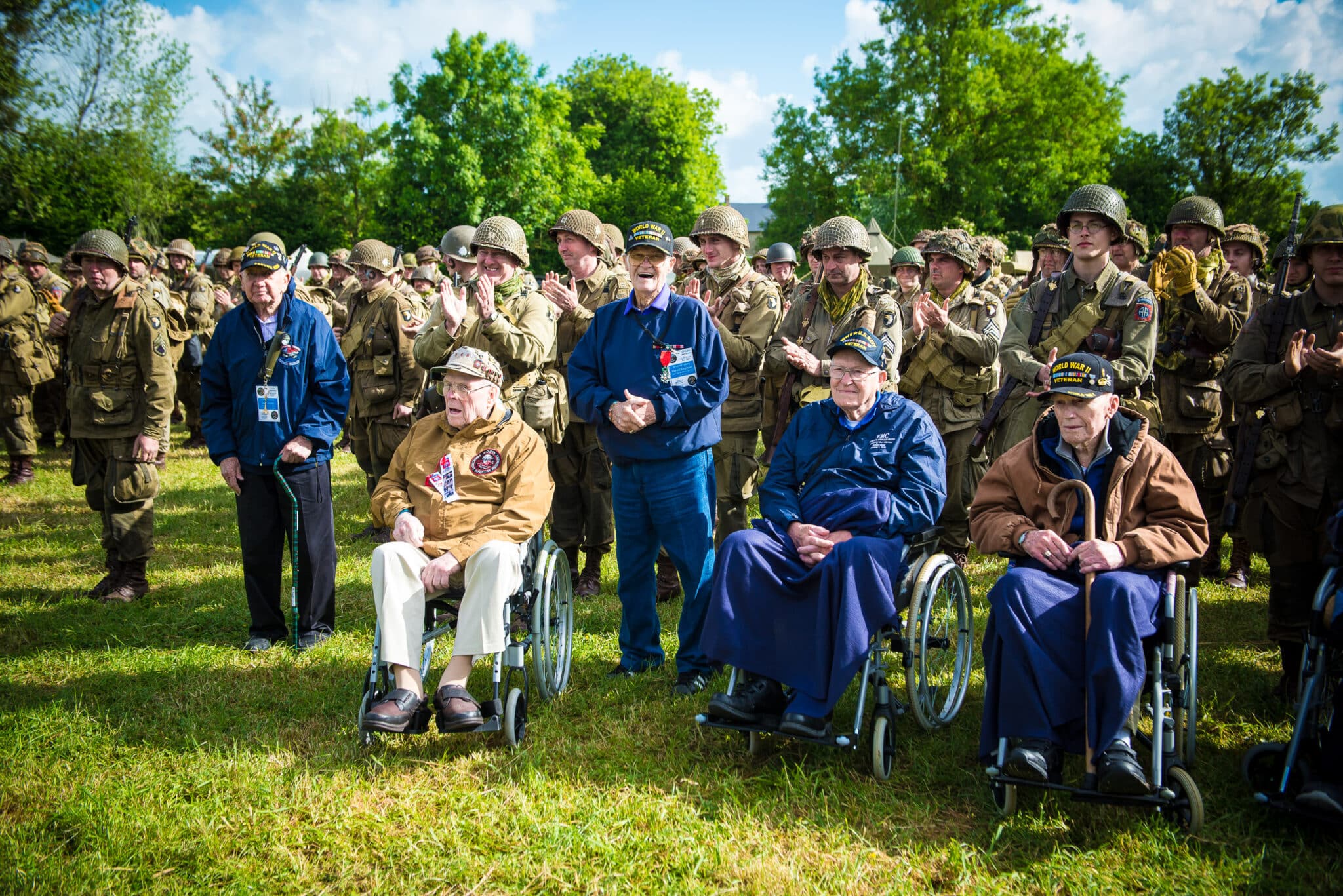 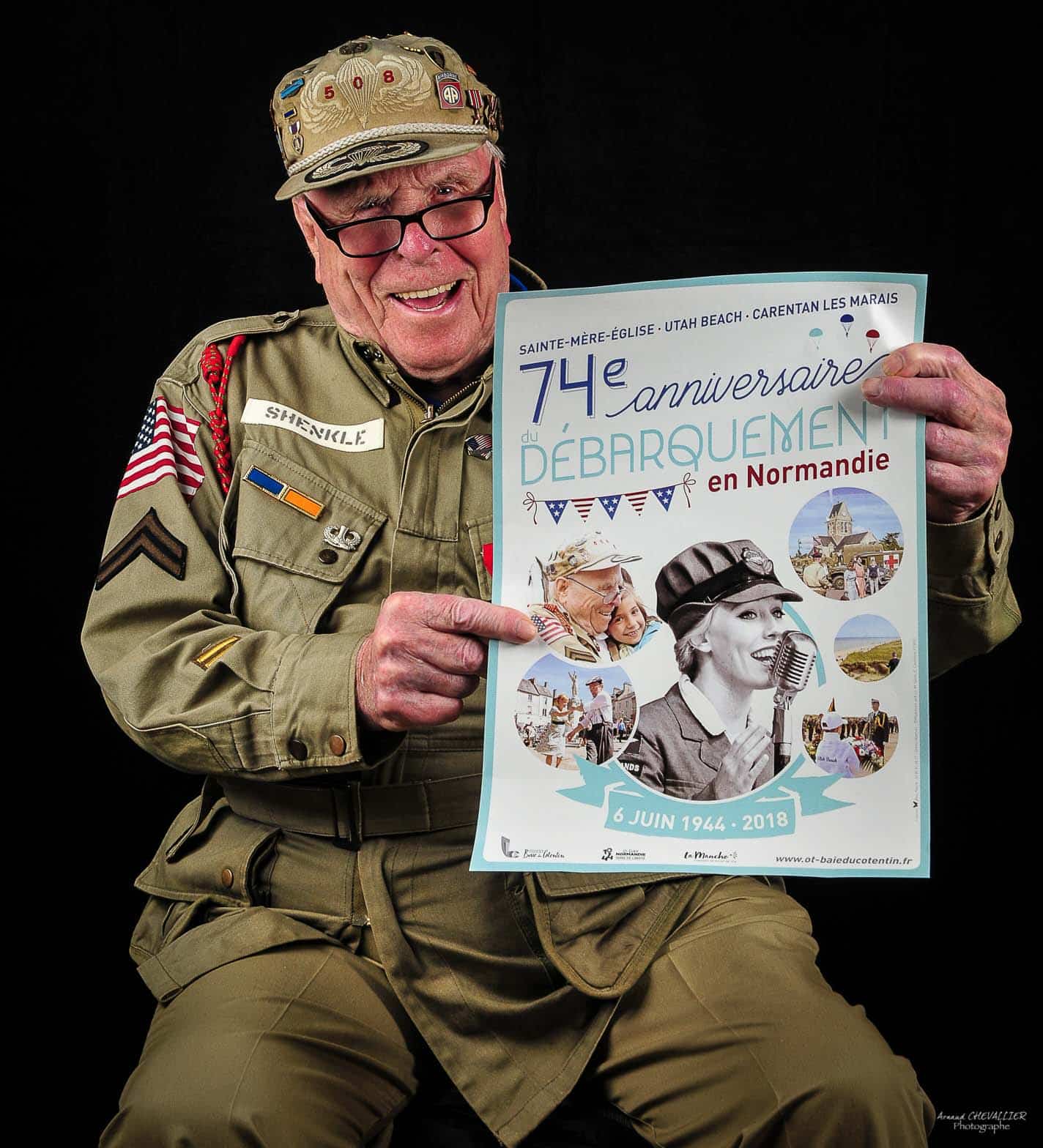 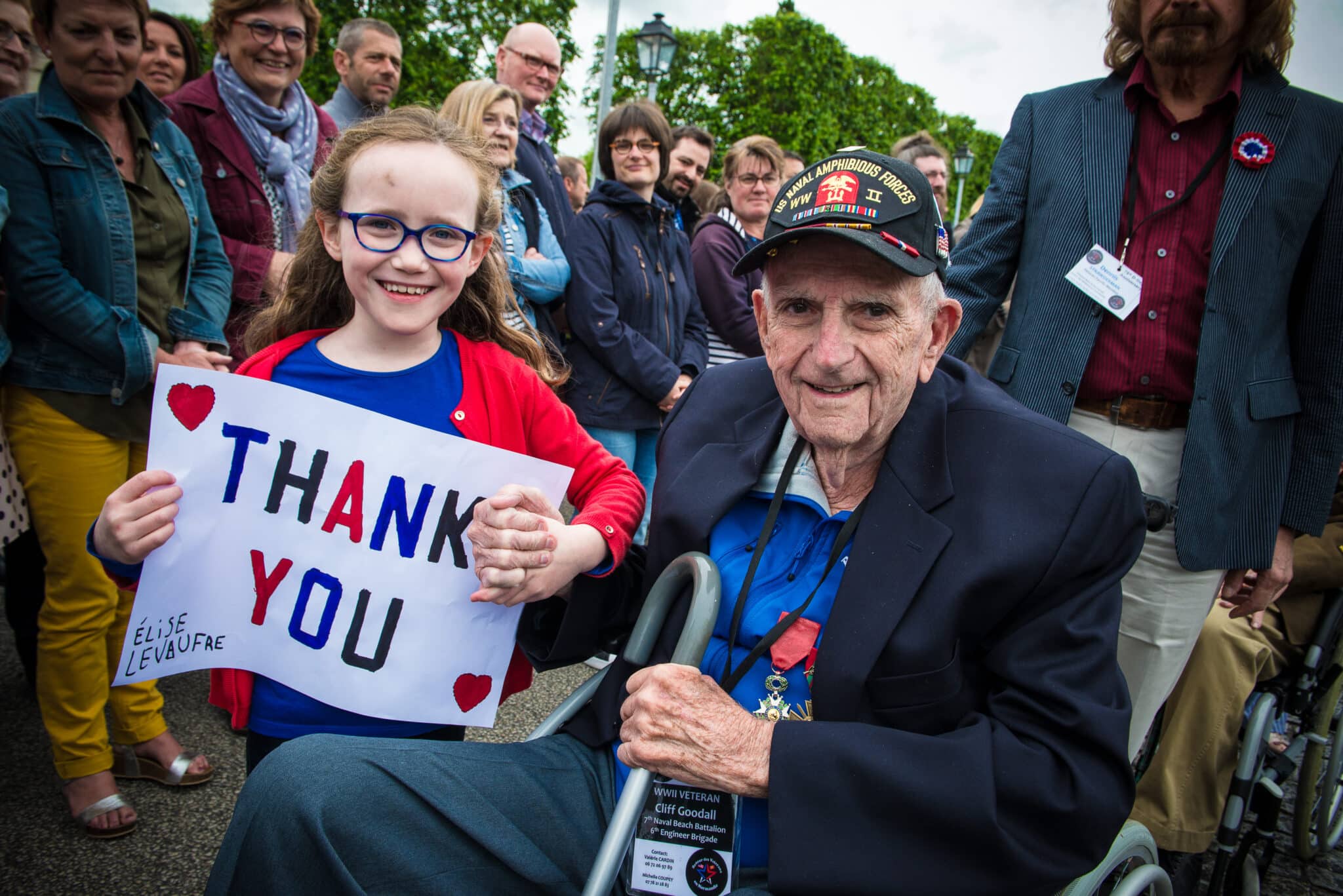 Every year in june, the US Army, Air Force, marines and Navy men, puts together a « Normandy Task Force » in support of all and every celebrations organized by towns and Cities in Normandy.Some 450 men and women of the US Armed Forces take part in our ceremonies, in parades, color Guards, bands as transport planes drop paratroopers and fly over our main events. Close to one thousand US servicemen will this year support the 75th anniversary celebrations.

The City of Carentan wishes to thank these young men and women by dedicating a full day of sharing and understanding the importance of D day and how Carentan was freed from Nazi forces, tanks to the sacrifices of other young Americans. For the past 6 years, Carentan invites a significant amount of soldiers to walk the battlefield, and to discover the many sacred places where US paratroopers met glory and fame 75 years ago. 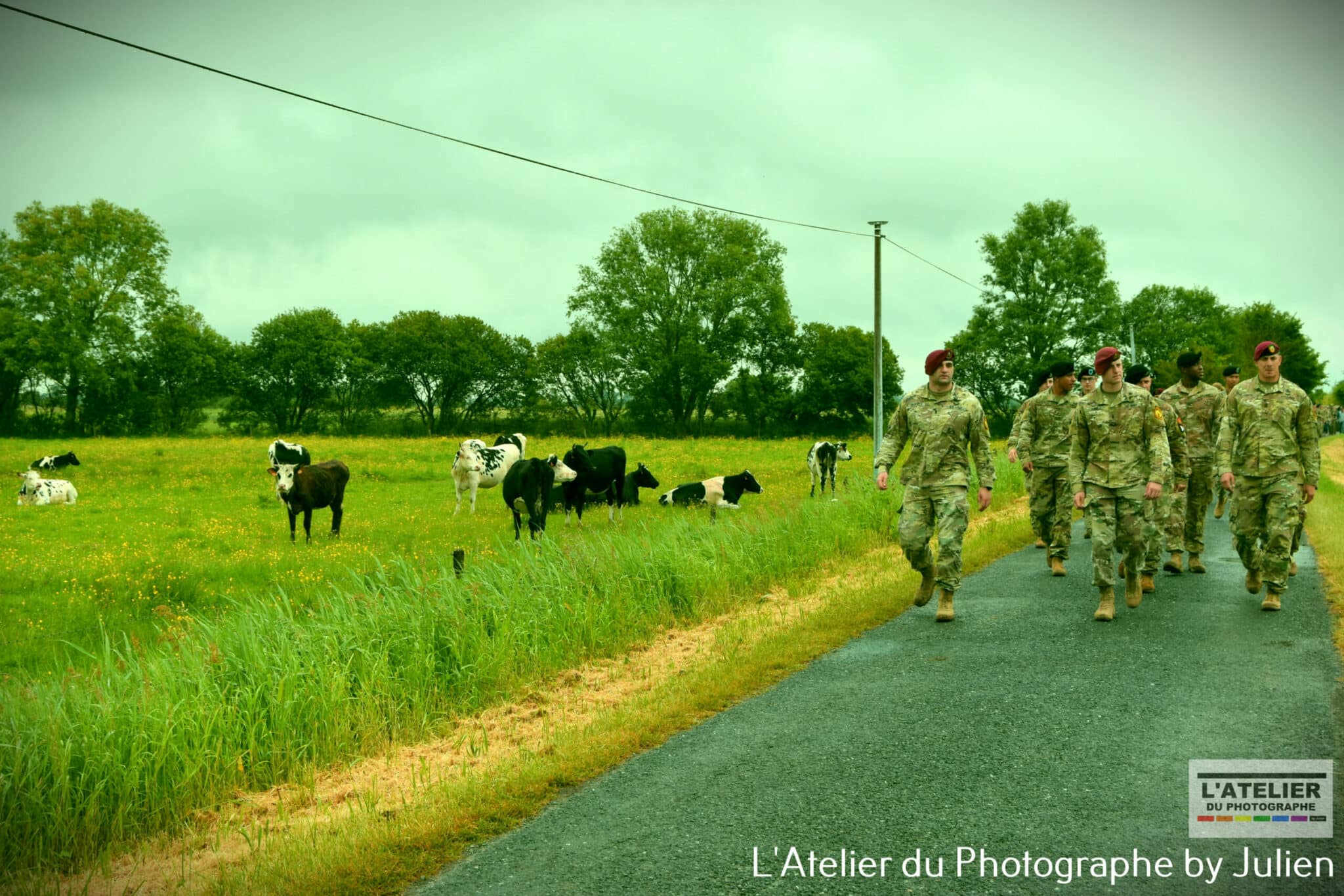 CONFERENCE « BIRTH OF THE US AIRBORNE »

Two full American Airborne Divisions were involved in Operation Overlord, dropping some 13 300 paratroopers over the peninsula. The US Airborne came into existence at the very beginning of World War Two, in the spring of 1940. From scratch, a few men of motivated Airborne men, built a full Airborne Army within a few years. The dedication and sacrifices of these airborne men had a significant impact on all the theaters of operation the US Army was involved in during the course of the war. The US Airborne of WWII is a saga of valor, bravery and exploits we wish to tell during this conference. 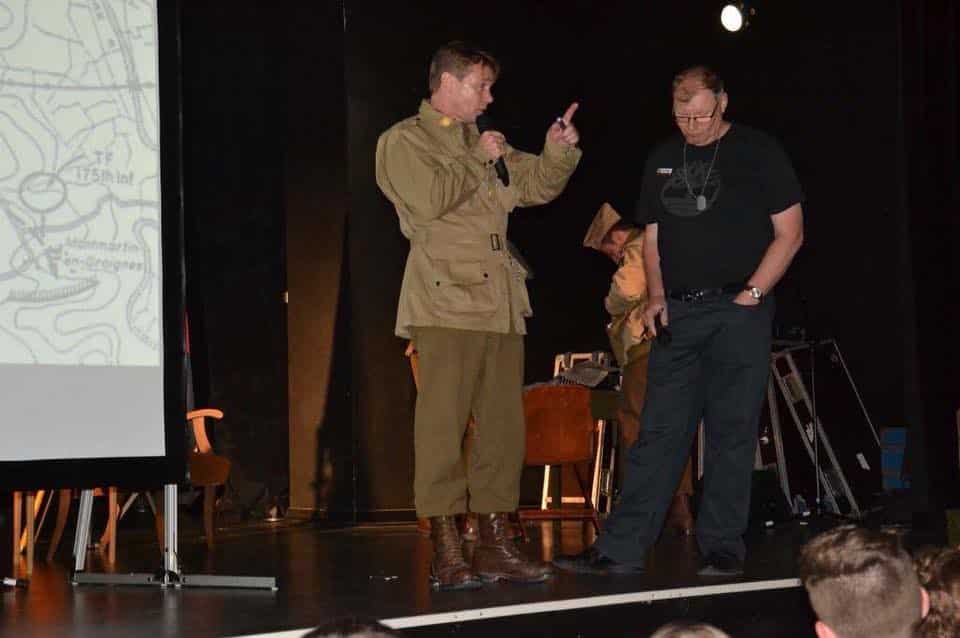 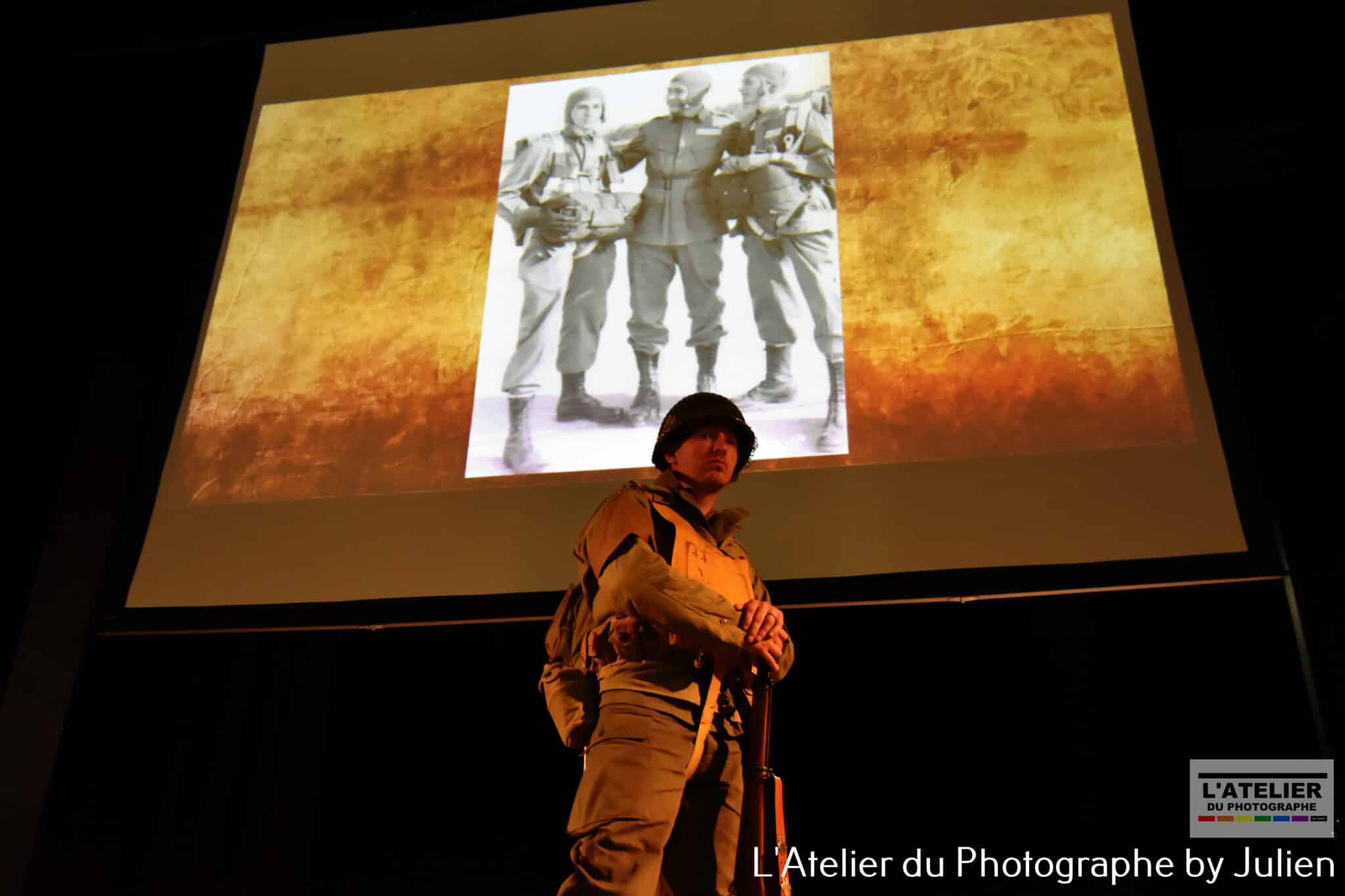 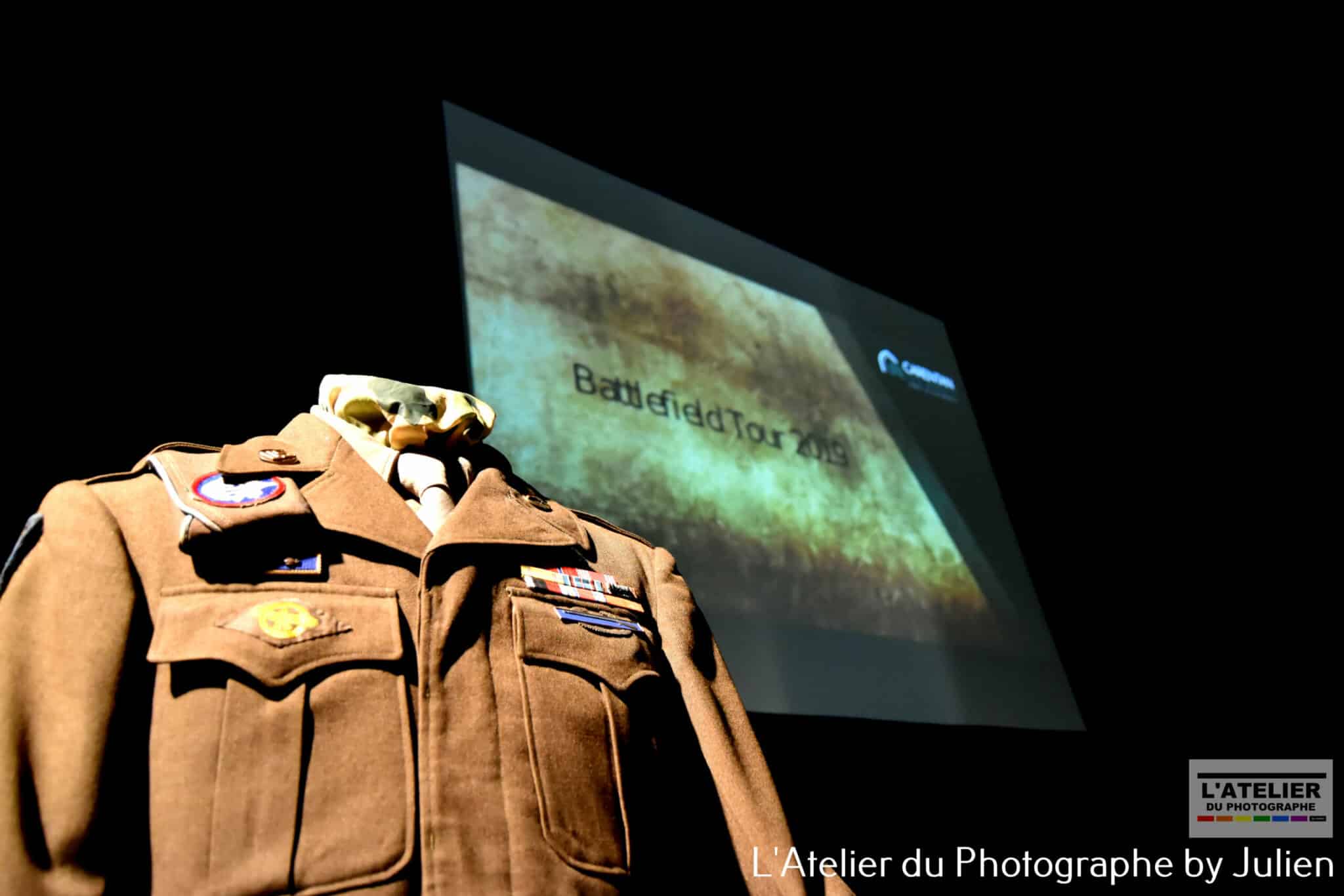 The infamous Place de la République also hosts, in the night time live music from Nick Aaron’s rock band. A great way to end a day of commemorating and remembering with party time shared by an international crowd.

Carentan also hosts its own military fair. Collectors, both buyers ans sellers meet at the marché aux bestiaux looking for the best bargain on militaria stuff.