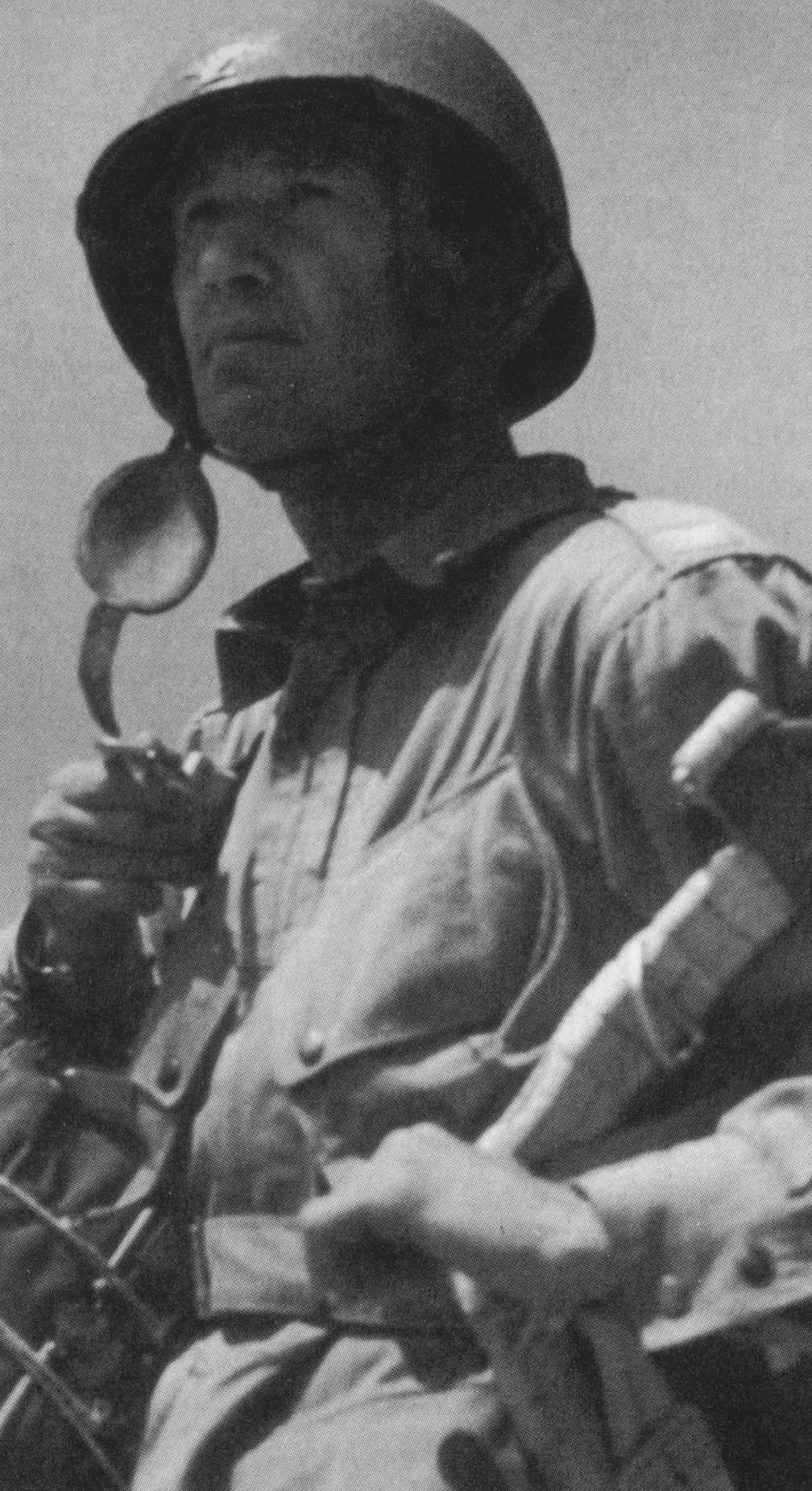 In the morning of tuesday June 6th, Colonel Johnson, CO 501st PIR, collected some 150 men of miscellaneous units. At the trail junction just north of the La barquette lock, he verified his position and sent fifty men to take the objective, while the remainder of the force deployed defensively in place. The assault reached the lock in one dash, crossed it, and dug in on the soft ground of the far bank before the enemy could bring the area under shell fire. Even then the Germans made no attempt to press in on the bridgehead. Colonel Johnson thought that with a little additional strength he could proceed with the mission of blowing the bridges, which were only 2,000 yard up the river. But the patrols sent out in that direction drew fire with every movement. Satisfied that the lock situation was in hand, that his own position on this low-lying hollow was not favorable, and that he would need a stronger force for the task of destroying the Douve bridges on Highway RN 13, Colonel Johnson decided to move north and make contact with elements of the regiment at Basse Addeville, 1,000 yards to the northwest. Patrols had reported that Maj. R. J. Allen, regimental S-3, had a sizeable force there.

Leaving the defense at the lock, Colonel Johnson took about fifty men to Basse Addeville, hoping to gather sufficient strength to proceed against St. Come-du-Mont. At 0900, the force arrived at Basse Addeville. Near this town Major Allen had gathered a hundred men from several units, but these were already engaged with the enemy to the north and west, fighting aggressive German paratroopers. Without knowledge of other units in the division, Colonel Johnson was uncertain as to how best to employ his small forces. His decision was finally crystallized by a radio broadcast of the BBC from London. It was the noon news bulletin and brought word that the invasion “is going according to plan and the operations of the American airborne divisions are meeting with success.” This news that the battle was going well elsewhere encouraged Colonel Johnson to proceed with the regimental mission. A small force was to be left at Basse Addeville, with the bulk of his troops returning to la Barquette with the hope to move on the bridges.

At the la Barquette position the force was met by intense enemy artillery, mortar, and small-arms fire, coming partly from east of Carentan and partly from the direction of St. Come-du-Mont. Among the men Major Allen had collected was Lieutenant Farrell, the naval shore fire control officer. He was in radio contact with the fleet and called the cruiser USS Quincy. Within a few minutes the first 8-inch salvo was delivered. Despite the difficulties, Lieutenant Farrell’s adjustments brought a remarkably accurate concentration on enemy positions around St. Come-du- Mont, and their mortar fire slackened immediately. Following this the naval fire was shifted to support the 2d Battalion, 501st Parachute Infantry, at les Droueries. Some rounds fell short and killed 7 troopers from F/501st.

With enemy fire partially neutralized in the vicinity of la Barquette, Colonel Johnson resumed his efforts to take the Douve bridges. A new patrol, however, again reported progress to the west impossible because of heavy enemy fire. Colonel Johnson therefore ordered the extension of the defense at the lock east and west, pushing as close to the highway as possible. The bridgehead was built up to 100 yards in depth south of the lock. As protection against attack from the north, the position was expanded about 200 yards east and west and reinforced with automatic weapons. The 250 men with Colonel Johnson were augmented at 2000 by 30 brought down by Major Allen from Basse Addeville. About 20 of the defenders were sent out during the night on patrols in an unavailing effort to find the headquarters of the division and of the 506th Parachute Infantry. Contact with Captain Shettle’s men of the 506th at le Port was maintained. The other patrols were lost.

By the end of D Day Colonel Johnson’s miscellaneous force had accomplished only a part of the regimental mission-the part originally assigned to the 1st Battalion. The 2d Battalion, becoming involved with the enemy in the vicinity of St. Come-du-Mont shortly after the drop, was never able to move south to deal with the Carentan bridges on Colonel Johnson’s right flank.

Colonel Ballard (2d Battalion) had assembled, between Angoville-au-Plain and les Droueries, small groups from each of his three rifle companies and his battalion staff (Map No. 5). He planned to move at once on St. Come-du-Mont, which lay astride his main route to the Douve bridges. Prior G-2 information had indicated that the town was held by only one enemy platoon. It soon became apparent, however, that there were enemy forces of some strength at les Droueries between Colonel Ballard and his objective. Orders were consequently issued for the attack on les Droueries.

At 0530 two “companies,” each with about thirty men, moved out abreast to seize two crossroads on the two trails from Angoville-au-Plain southwest. The third company followed in support. The enemy frustrated the frontal attack with small arms and mortars but a new group of men, mainly from the 506th Parachute Infantry, arrived and succeeded in flanking the enemy on the right. Some progress had been made, although the Germans had not been beaten back, when Colonel Ballard received orders from Colonel Johnson to join him at la Barquette. The battalion, therefore, disengaged as soon as it could and returned to Angoville-au- Plain about noon, planning to move to la Barquette across the swamps south of Angoville-au-Plain. However, the area was covered by enemy fire and was soon found impassable, and the battalion moved instead along the west edge toward Bse. Addeville, which Major Allen had just reported he was about to vacate in order to join Colonel Johnson. The 2d Battalion had moved only about 400 yards when it was stopped by heavy fire from the same enemy force which had contested the morning attack on les Droueries. There the battalion remained for the night, in close contact with the enemy. The 501st Parachute Infantry had secured the lock at la Barquette, but strong enemy resistance had prevented the capture of St. Come-du-Mont as well as the destruction of the railroad and highway bridges north of Carentan.

THE BATTLE OF HELL’S CORNER

Colonel Howard R. Johnson, CO of the 501st PIR arrived in La Barquette at the first light of day on 6th June from Bel Esnaut, where he landed close to the German guards. He had around 150 men with him from 1, 2 Bn and HQ, with a few stragglers from the 506th. 200 metres from the lock, he came under mortar and 88 fire. He sent out fifty men to cross the lock and take care of the southern bank of the Douve. Pvt Campos was the first to reach the other side. He was injured by mortar fire, losing an eye and breaking his arm. The other troopers entered the guard house, which was unoccupied. They took over a few German defence positions that had been abandoned and found a trooper from the 506th, who had lost his leg. 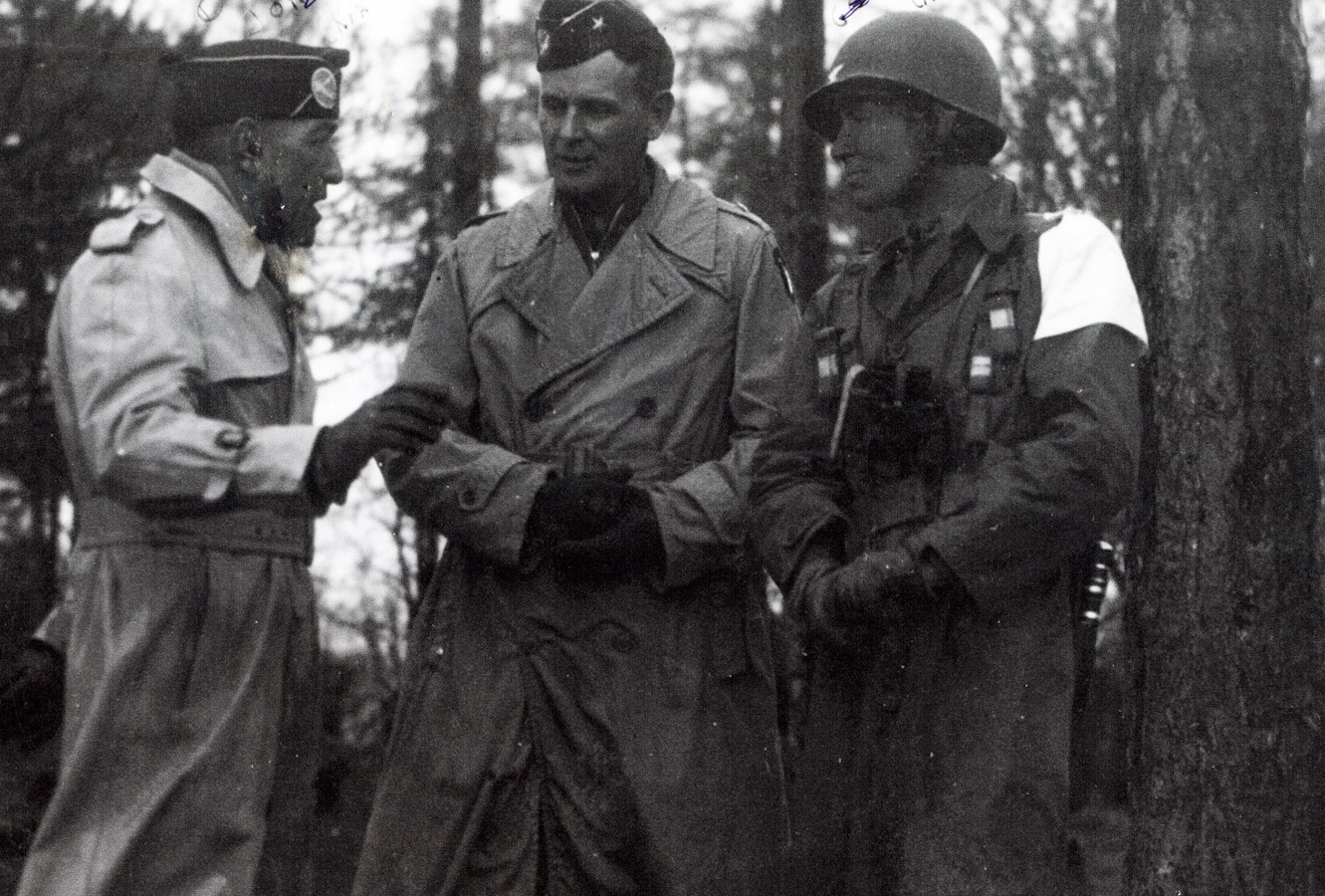 Johnson kept up the pressure burying themselves into positions. Jumpy would have the most important battle in his regiment in a place which became known as Hell’s corner, at the junction of the road from Basse Addeville, which crosses the road from Pénême. At around 1500hrs, on Wednesday 7th June 1944, Johnson achieved his first goal taking the lock at la Barquette. He could see a large force coming from the NE and Sainte Marie du Mont, strolling across the marshes in more than a foot of water. Johnson had with him around 250 men on either side of the Douve. He put around 150 troopers and six of his eight 30 cal machine guns in position along the small road leading to Pénème, at a junction, which would become known as Hell’s Corner. At 1600hrs, with the Germans identified as part of the 1st battalion of Major Friedrich August Baron von des Heydte’s Fallschirmjaeger Regiment 6, only 300m away, Johnson called on his men to open fire. The Germans lay down in the long grass in the marshes, hid in the canals and ditches and suffered huge losses. They launched a rocket, which led the Americans to respond with mortar fire coming from St Côme and Carentan. After thirty minutes of intense fire, Johnson knew that the Germans were at his mercy. But he knew too that he was dangerously low on ammunition. There were around 500 Fallschirmjaeger. If they had known how short the troopers were, they could have overwhelmed Johnson with their sheer numbers. It was then that the first cries of ‘Kamerad’ could be heard coming from the marshes. More and more Germans seemed to want to give themselves up. Johnson then decided to negotiate the complete surrender of the Fallschirmjaeger. He took two soldiers as an escort and interpreter. Two Germans approached them; they were injured, one in the arm and the other in the groin. They said that a number of FJs wanted to surrender, but that their officer and NCOs were threatening to shoot down anyone who surrendered. Johnson sent Pvt Runge to get a white flag from a farm in Pénème. He gave it to the German with the injured hand and told him to go back to his officers to inform them that they had thirty minutes to throw down their helmets and guns and come out with their hands in the air. The German set off and the firing began again. 30 minutes later, many Germans with no helmets or weapons began standing up. 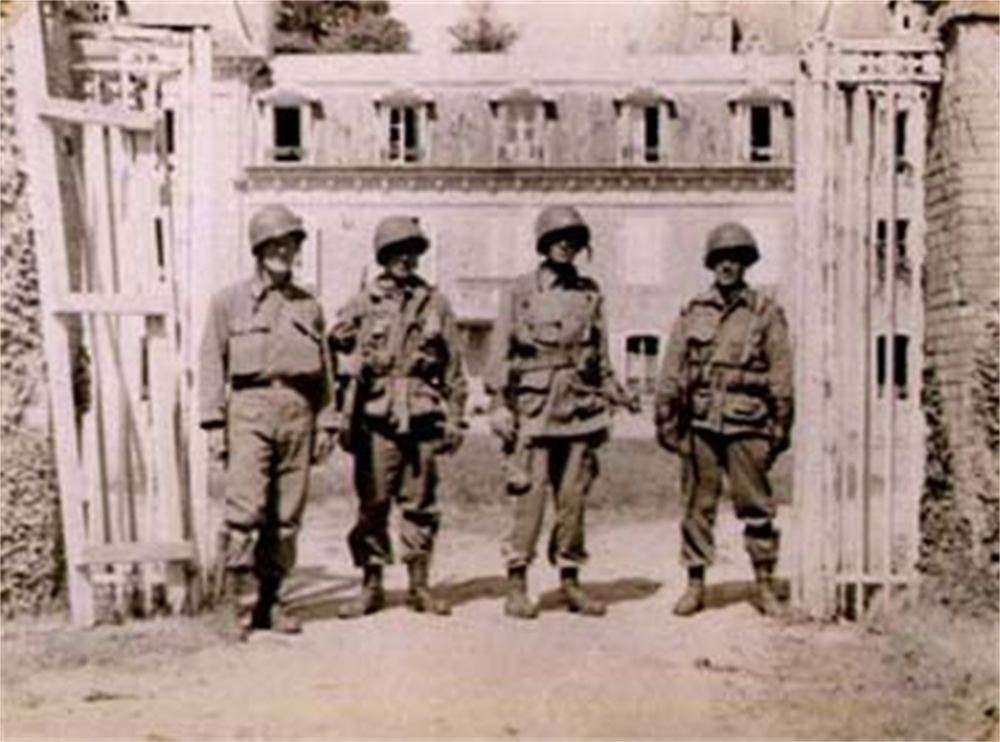 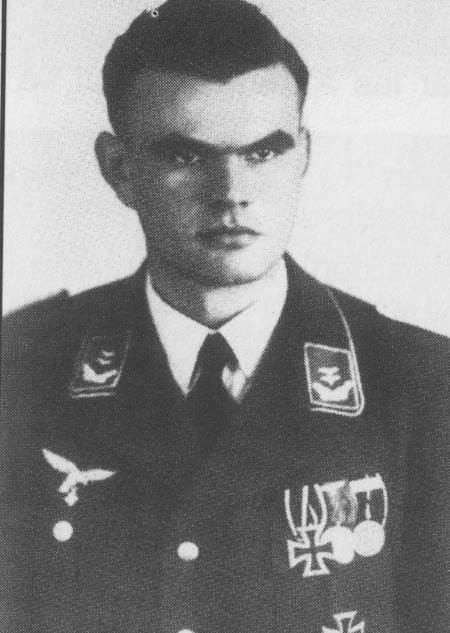 It was 1800hrs and during the next three hours, a long line of German prisoners would leave the marsh for Pénême. 150 FJ were killed, 350 taken prisoner, 25 made it to Carentan…. Johnson suffered 10 losses and 33 of his men were injured. The German officer in command of the first battalion FJ Reg 6, Hauptmann Emil Priekschat approached. He refused to be disarmed and cited the Geneva Convention, claiming he wanted to negotiate… Johnson pushed him into the line of prisoners shrugging his shoulders.

The final act for 7th June. With the long line of German prisoners moving along the small road to Pénême, an 88 fired from Carentan fell on the road killing around twenty Germans, as well as the Regimental Adjutant from the 501 PIR, the highly respected Captain Altus Mc Reynolds. 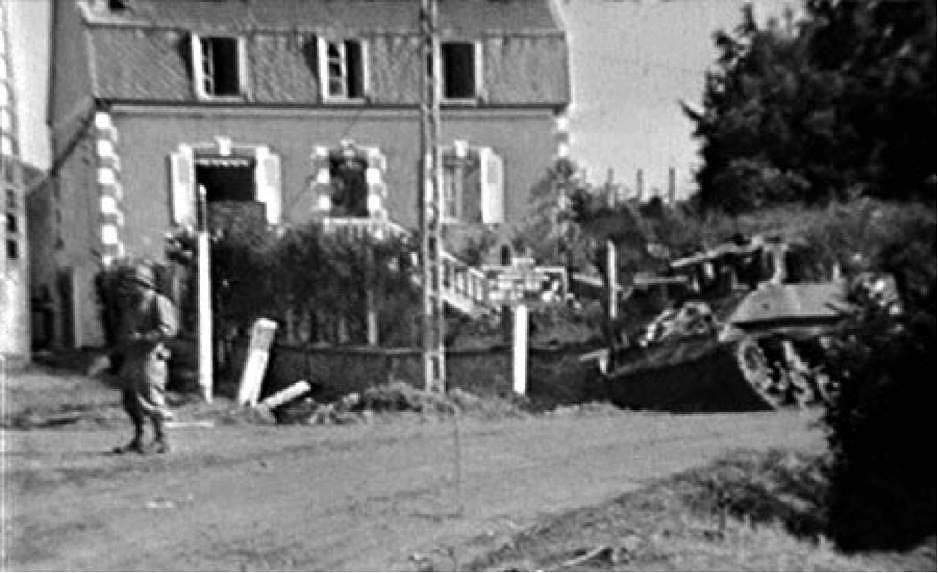 Dead Man’s corner is a reference to the place where the D 913 breaks off from the former N 13 coming from Carentan to head for Sainte Marie du Mont. The house built in the thirties by Monsieur Léon Marie, grocer in Carentan, at this junction is today Dead Man’s corner Museum. In 1944, it was home to the FJ Regiment 6 infirmary. This junction became known as Dead man’s corner, which is what the GIs who fought here called it. They were referring to the presence here at this junction from 7th June of a light Stuart tank belonging to D Company, 70th Tank Battalion, which was put out of action probably by a Panzerfaust, and which remained there for several days with the body of the victim clearly visible in the turret and inside. The only US tank commander killed on 7th June was somewhere else, so it seems that the body remaining in the M5 at Dead Man’s corner was that of a crewman. Each time a GI referred to this junction, he called it dead man’s (or men’s) corner. This incident should not be confused with the death of Lt Col Billy Turner, CO of the 1/506, killed by a sniper while in the turret of a Sherman on the morning of 7th June, several miles further north on the same D 913 road to Ste Marie du Mont. 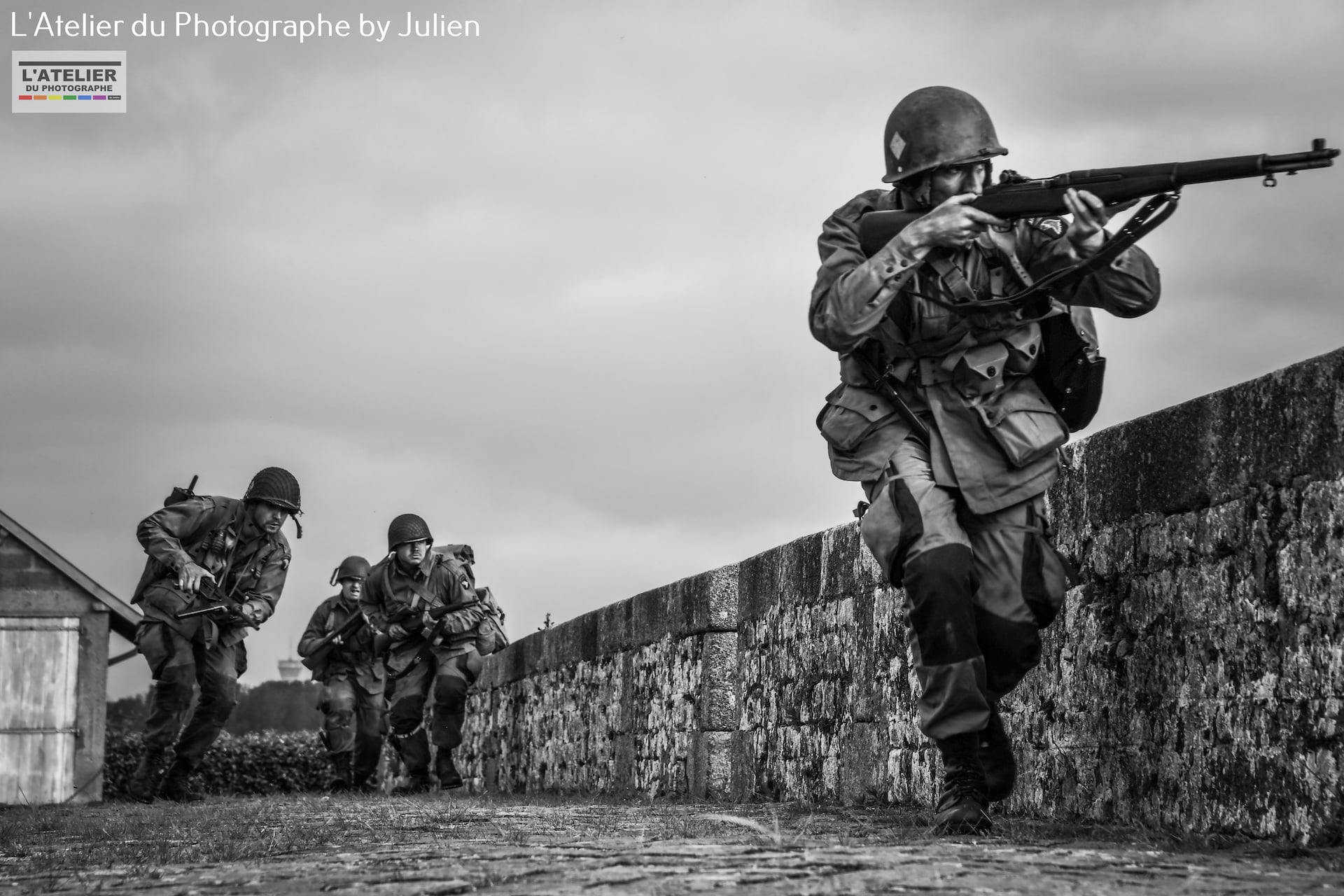 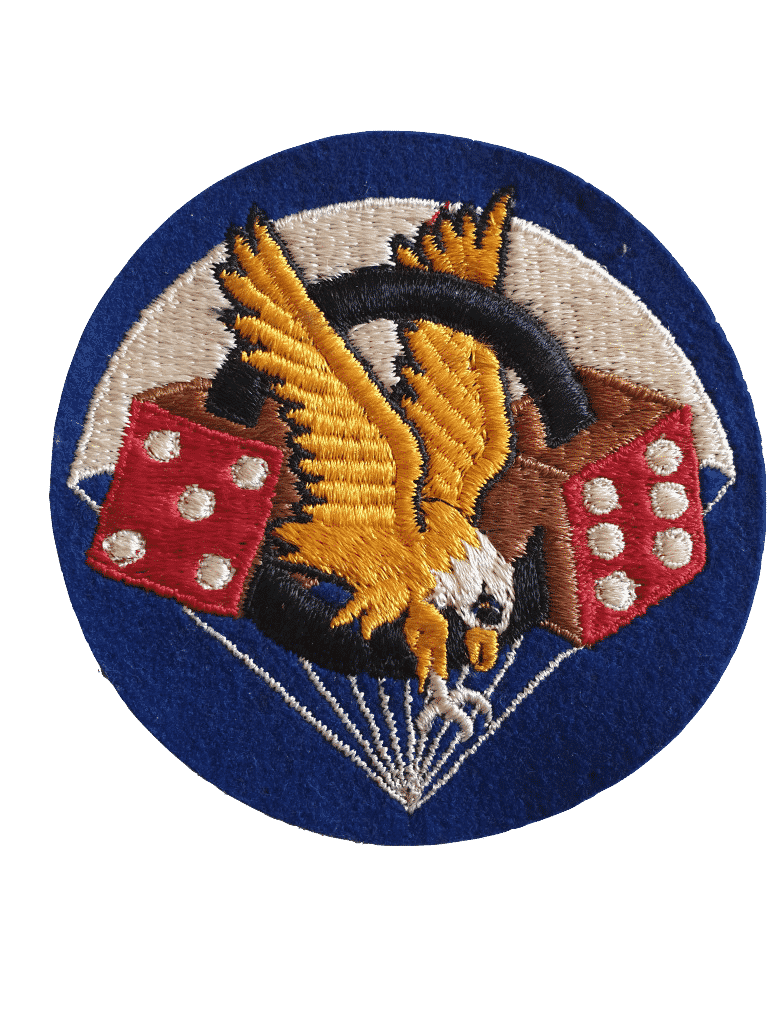 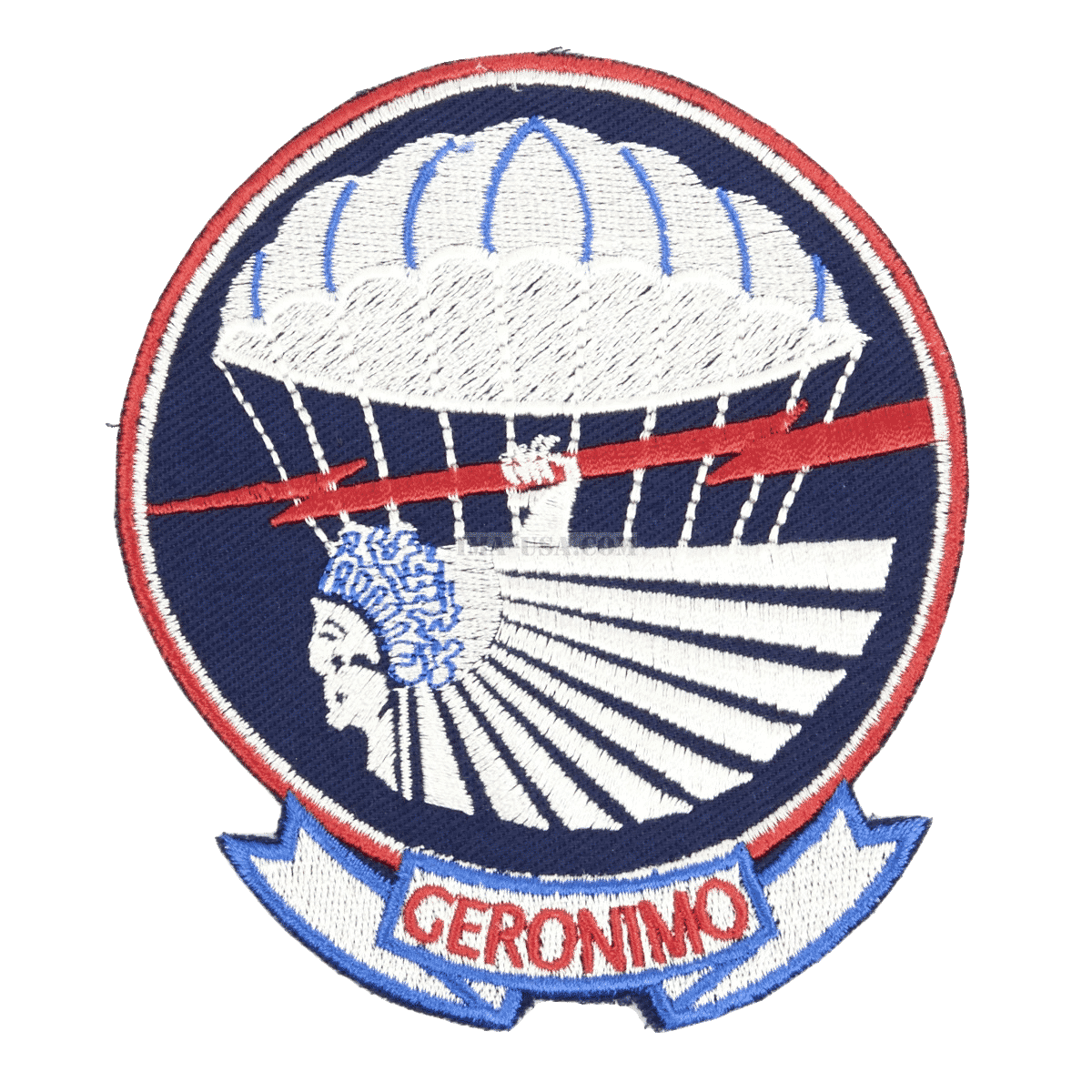 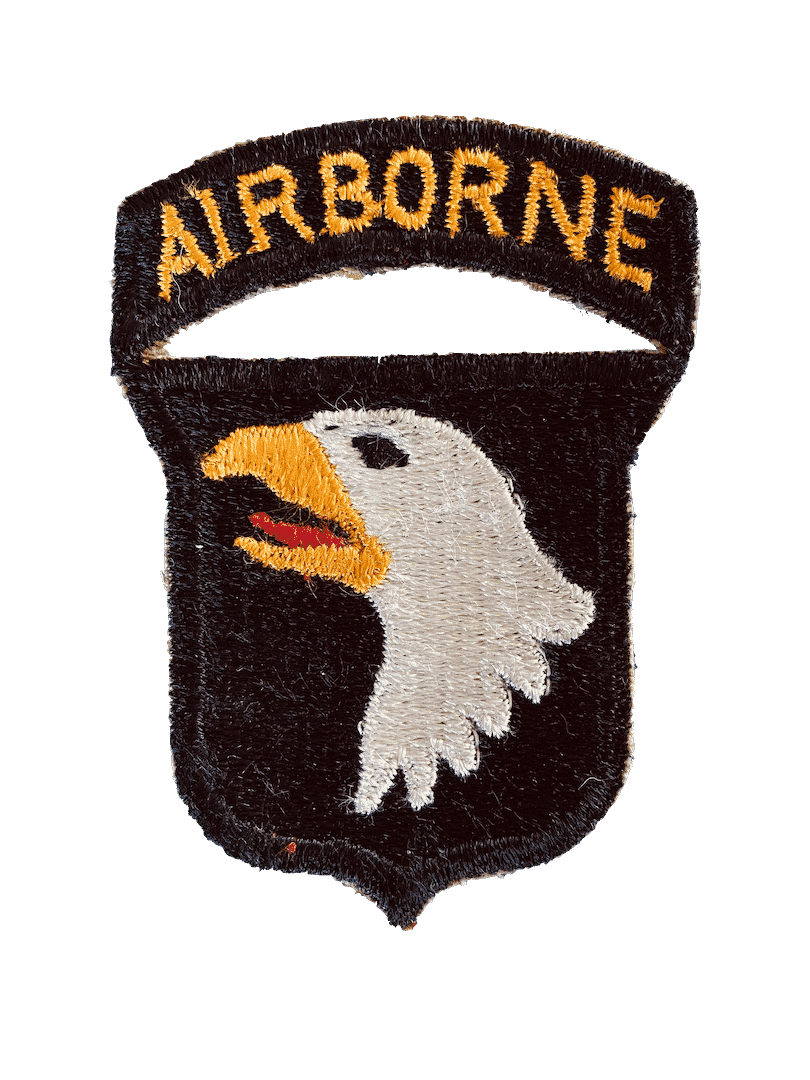 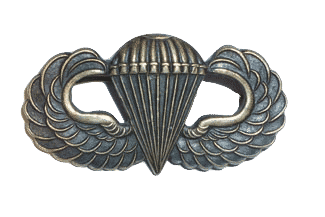